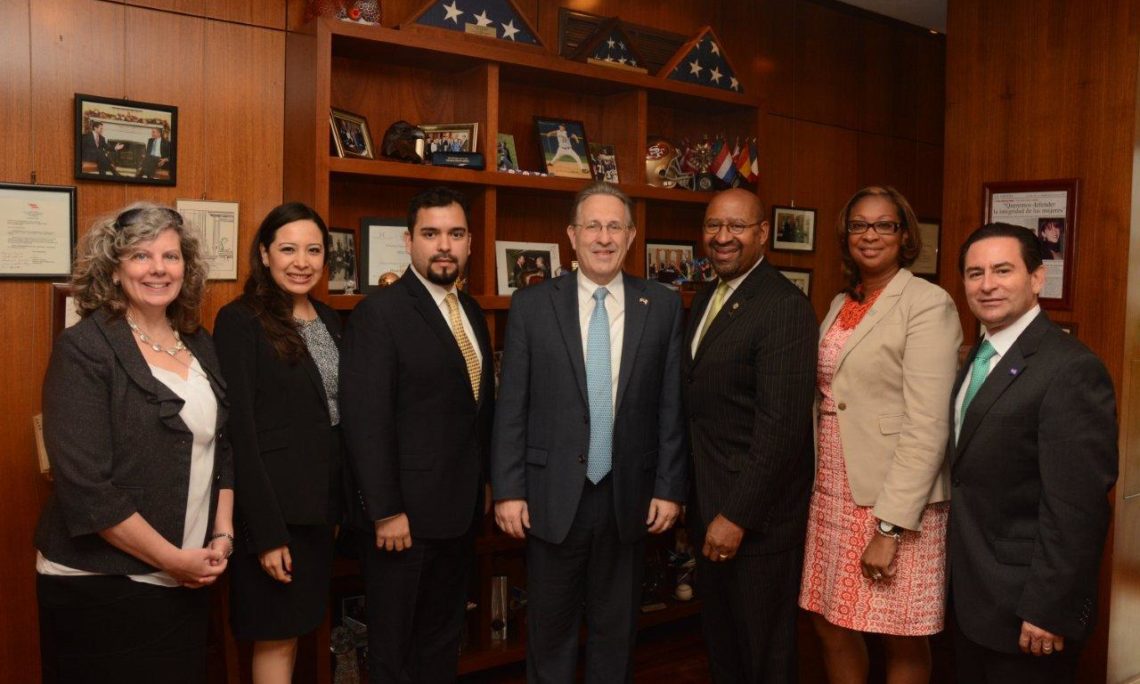 Mayor of Philadelphia Michael Nutter discussed trade, tourism, education and music with the Ambassador during his visit to Mexico City.  Mayor Nutter is a strong supporter of strengthening ties between Mexico and his city which has seen a doubling of its Latino population since 2000.  The Mayor discussed his commitment to multiculturalism which he sees as a great asset for the city, and which he hopes will entice more Mexicans to consider studying at one of the over one hundred colleges and universities in the tri-state (Pennsylvania, New Jersey, and Delaware) area.  He is also promoting trade opportunities between his city and Mexico.  The mayor and the Ambassador also discussed the growing tourism between Mexico and the United States which can benefit Philadelphia because of its many historic sites.  They also touched on the importance of music in building bridges and the Ambassador explained the Embassy’s Music Committee and the fact that we had recently featured Philadelphia’s music on a local radio show, also promoting Philadelphia’s other assets.  The Mayor met with the Secretaries of Foreign and Economic affairs as well as Mexico City’s mayor.  He will continue his visit in Puebla, a source of much of the Mexican immigration to the Philadelphia area, and said he hopes to encourage future visits of his fellow U.S. mayors to Mexico to discuss trade, culture, and sports among other issues.  He is accompanied by the Mexican Council General to Philadelphia Carlos Giralt-Cabrales, City Representative Desiree Peterkin Bell, Deputy Director of the Mayor’s Office of Immigration and Multicultural Affairs Fernando Trevino, and Executive Director of Philadelphia’s Mexican Cultural Center Ana Flores.