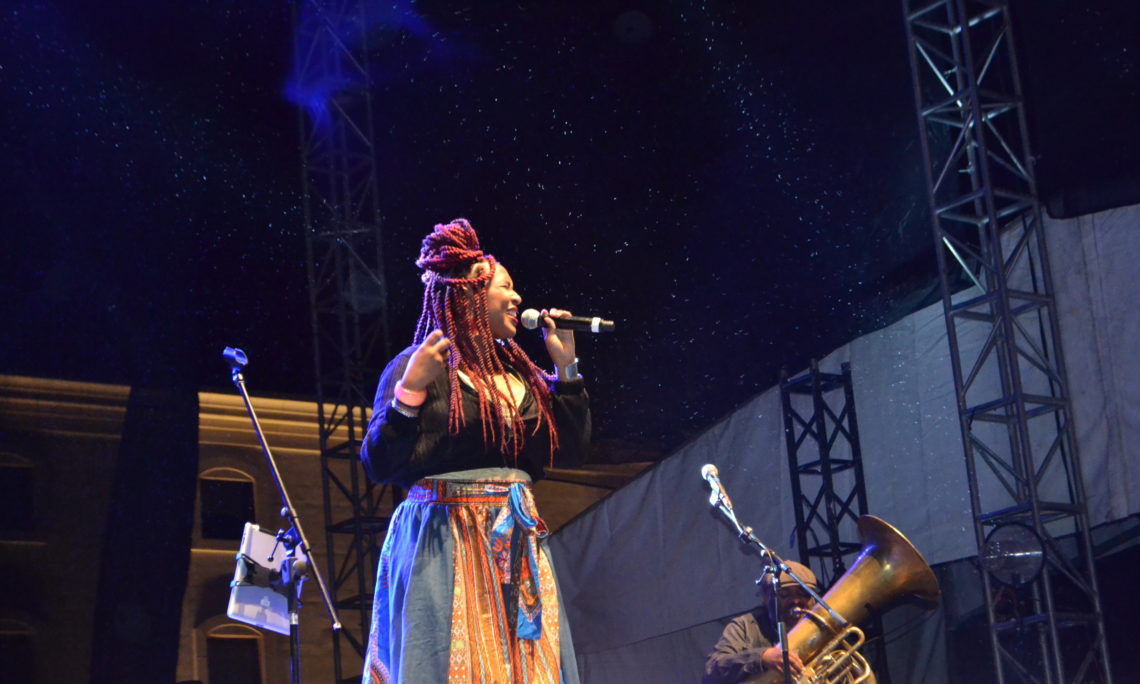 From October 18-20, American Music Abroad-sponsored, Grammy-nominated artist Maimouna Youssef and her band offered a series of concerts and master classes bringing smiles, friendship, and a message of empowerment for women and minorities to audiences throughout Chihuahua state.

Her first engagement was a master class for select music students at the Chihuahua Autonomous University.  Singer, emcee, and poet Youssef wove a narrative about her personal experience as a minority woman in the music industry, and explored different music genres, while offering the assembled group of young aspiring musicians and singers tips and advice on how to improve their techniques and performance.

As part of her trip to Chihuahua, Youssef and her backing band also offered two concerts for the Chihuahua International Festival: the first in Chihuahua city on October 18, the second in Juarez on October 20. The band played a series of both original material and cover songs spanning numerous genres from jazz to blues, hip hop, and soul, not to mention a song in Spanish from the late Tex-Mex queen, Selena. Hundreds of people enjoyed both performances, joining Youssef in a celebration of life through the common language of music.