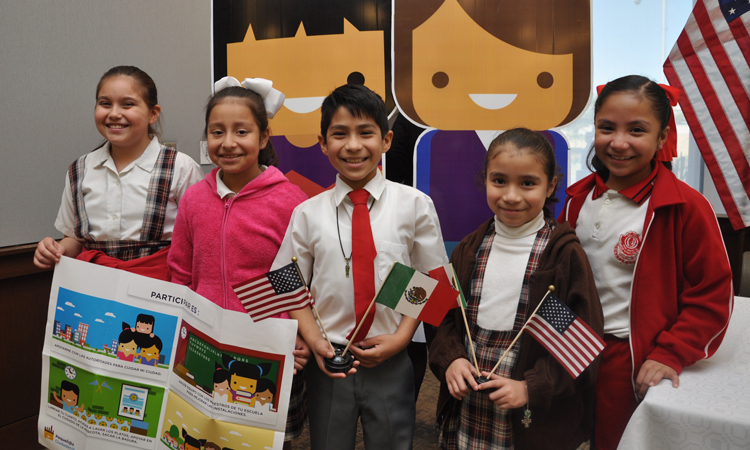 U.S. Consul General in Monterrey Timothy-Zúñiga-Brown and representatives of local non-government organization Formando Emprendedores ABP presented the progress of its Little Citizens (Pequeños Ciudadanos) a program which seeks to strengthen the culture of lawfulness among children. This initiative was one of ten projects that received funding from the Public Affairs Section for community programs in the region in early 2016. In collaboration with approximately 144 volunteers, Little Citizens focuses on promoting the culture of lawfulness in primary school students in the municipalities of San Pedro Garza Garcia, Santa Catarina and Garcia through weekly workshops held in classrooms of 4th, 5th, and 6th grade students. During the ceremony, Consul General Zúñiga-Brown said: “Little Citizens reinforces the concepts of culture of lawfulness to those who already live it and instructs and motivates those who do not know it – including not only those who forge our future, who are the hundreds of primary students benefited by this project, but also hundreds of citizens who volunteer. For this reason, we decided to support this community project, which we believe will be of high impact not only on our young people, but on many citizens.” The workshops are given to children by community volunteers and participative citizens who receive training from Formando Emprendedores. Many local foundations and corporations also co-sponsor the program.