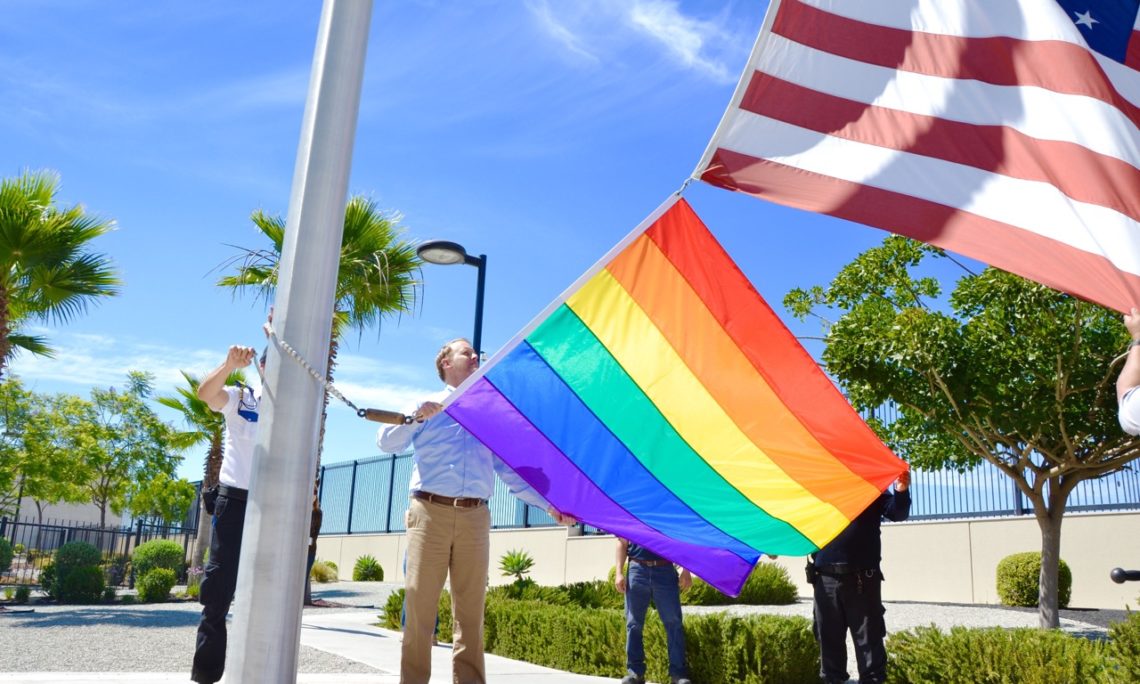 Will Ostick, U.S. Consul General in Tijuana, raised the Lesbian, Gay, Bisexual, and Transgender (LGBT) flag at the U.S. Consulate Tijuana as part of LGBT Pride Month. We recognize the contributions of the LGBT community to society and support equal rights for the LGBT community in the United States and around the world.

“The fight for dignity and equality for lesbian, gay, bisexual, and transgender (LGBT) people is reflected in the tireless dedication of advocates and allies who strive to forge a more inclusive society.  They have spurred sweeping progress by changing hearts and minds and by demanding equal treatment — under our laws, from our courts, and in our politics.  This month, we recognize all they have done to bring us to this point, and we recommit to bending the arc of our Nation toward justice”

Barack Obama, President of the United States of America