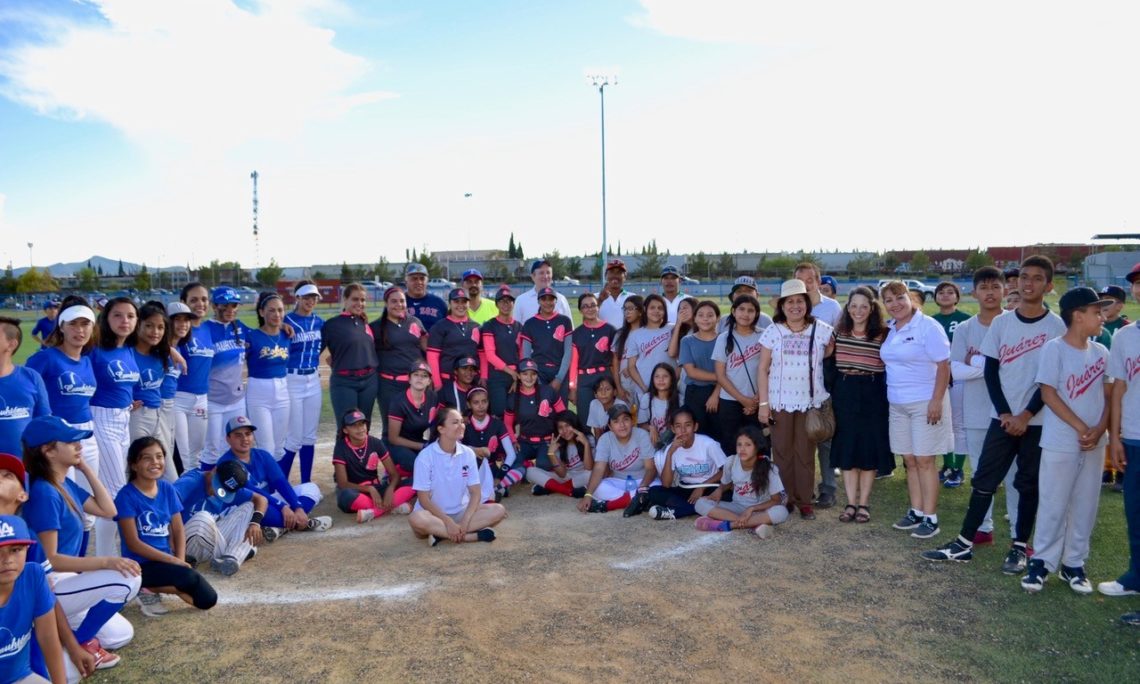 On August 25, Acting U.S. Consul General in Ciudad Juarez Eric Cohan traveled to the city of Chihuahua to attend the closing and award ceremony for the “Leadership, Gender Equity and Teamwork through Baseball” program.

Lasting eight months in duration, funded by a Department of State grant, and implemented by the NGO Mukira with the support of the U.S. Consulate General in Ciudad Juarez, the project benefitted more than 70 young people (largely pre-teen and early teen girls) in the cities of Delicias, Ciudad Juarez, Cuauhtémoc, and Chihuahua. These young people and a host of coaches launched four new mixed or all-female baseball teams, played over 50 total games and participated in nearly a dozen baseball clinics in which technical skills as well as teamwork, fair play, and discipline were emphasized. Along the way, Mukira also provided sports equipment and facilitated leadership and gender equality forums.

Remarking on the eight-month enduring project, Acting Consul General Eric Cohan noted that, “Sports give us a chance to empower young people in a very different and fun way. We hope these young women will grow up knowing that they have the same rights as boys and men, deserve the same opportunities, and ultimately can be anything they want to be.”

The August 25 event was an all-star game with two teams composed of players from all four teams. The participants all got “medals” that were made with the 3-D printer at the Franklin Corner and the coaches were also recognized.

Silvia Holguin, Director of Mukira, hosted the event. Other officials from the U.S. Consulate General as well as Chihuahua’s Secretary of Social Development Victor Quintana and the head of the State Judiciary Council Luz Castro also attended the event.

Silvia Holguin said, “We teach teamwork here. The essence of teamwork is working well with others, appreciating diversity, and leveraging talents different people offer. That is key to success not just in baseball but also in life. And between the players, coaches, Mukira and the Consulate we truly had the best team for this program, which is why it was a success.”