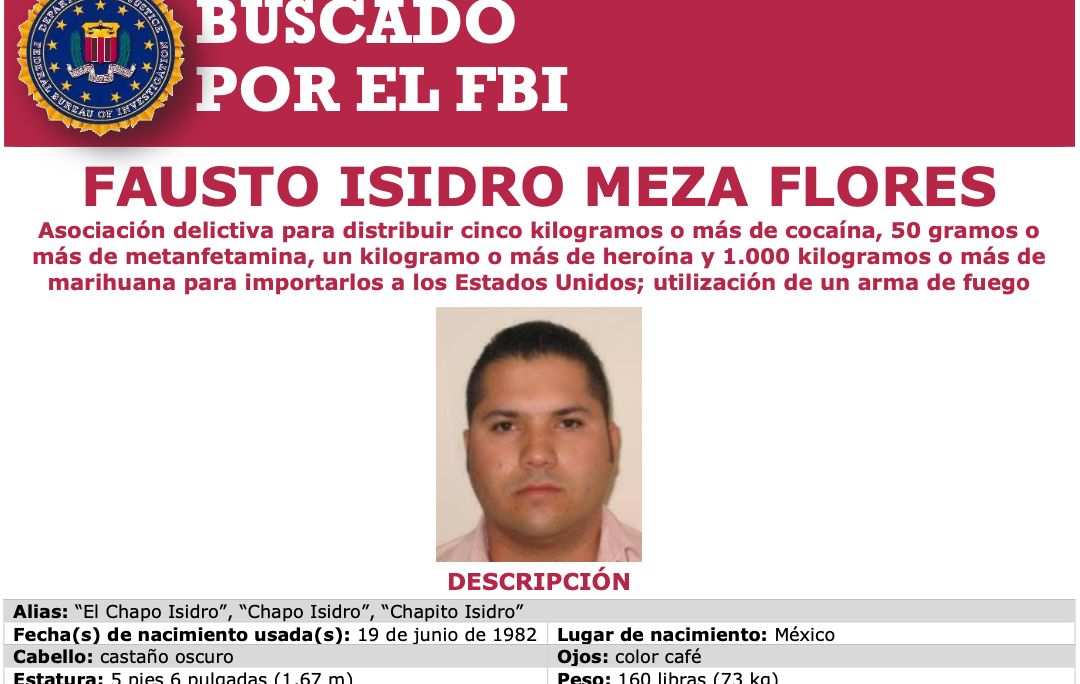 Fausto Isidro Meza-Flores, also known as “Chapo Isidro,” has been charged in a superseding indictment with a conspiracy to distribute cocaine, methamphetamine, heroin and marijuana for importation into the United States. Meza-Flores, a Mexican national who is believed to currently reside in Mexico, is the leader of the Meza-Flores Transnational Criminal Organization (TCO), a major drug trafficking organization based in Sinaloa, Mexico.