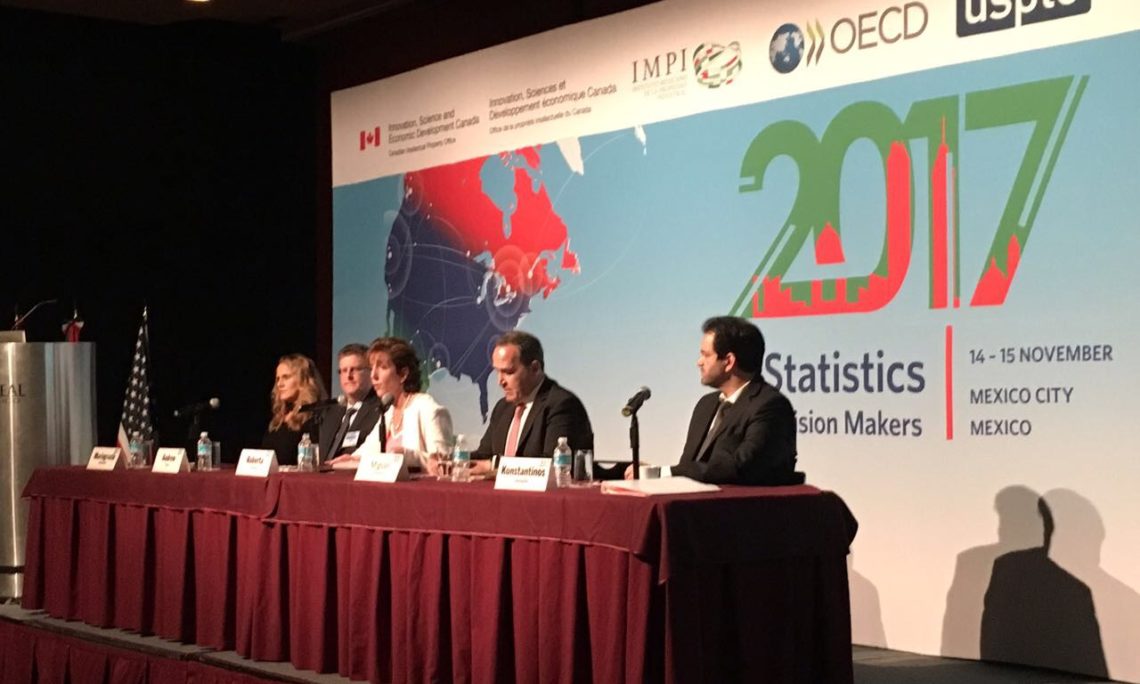 Good morning everyone, I am delighted to be here, and thank you, Andy, for that introduction. We have one other thing in common, which is some quality time spent in New Jersey, my home state, so I am delighted to meet a fellow New Jersian.

I am really delighted to be here, and thank the organizers for the invitation to this meeting, because exactly as Miguel and I were speaking earlier, this is a very important meeting with participants of enormously high quality. You may not fill this room, so we don’t necessarily have quantity, but we do have quality, and that is most important. Always most important.

And this opportunity is especially important to me in light of the earthquake that hit this great city in September. And I was so impressed and inspired really by the resilience, and the camaraderie, and spirit of all of the Mexican people in its aftermath.

And now, as we gather here in the middle of November, we can say that progress has been made to restore Mexico City and the other areas affected by the earthquake. But one of the things that you need to recover and move on, building better after a such natural disaster, is innovation, is technology, is ways of ensuring the prevention of loss of life in the future, so I think that is particularly relevant to the themes that you will be discussing and have discussed today.

This is a very impressive gathering of government policy makers, business leaders, and academic scholars from around the world here to discuss the latest methods and uses of intellectual property statistics.

This conference serves as a remarkable forum for discussing methods and uses of intellectual property data and statistics for advancing evidence-based decision making across a wide-range of vital areas including: science and technology; research and development; entrepreneurship; trade; economic development and growth.

It is also an opportunity to enhance collaboration across governments and institutions to help ensure that effective IP systems are combined with evidence-based policy to promote fertile environments for sustained innovation and growth.

Intellectual property is a critical driver of innovation. IP fosters innovation by allowing inventors, producers of creative works, and companies to protect their inventions, works, and brands against infringement.

This protection is critical because invention and creativity are not just the result of inspiration, or perspiration as we say, but the outcome of hard work that involves a significant investment of time and resources.

And we know that infringement, copying, indeed piracy, is also often used to fund criminality. It is not a victimless crime either for those who put that effort in – that hard work in – or at the other end of the spectrum in terms of the funds that such infringement may produce. Intellectual property provides incentives that stimulate investments in research and development, commercialization of new products and processes, and the critical dissemination of cutting-edge knowledge and technology across communities and societies.

In the United States, and across the world, people want government institutions to effectively and reliably address challenges to support conditions and opportunities for economic growth. Both historically and globally, evidence shows that innovation fuels economic growth and improves standards of living.

However, sustained innovation is only possible if people and institutions have appropriate incentives to share and commercialize their ideas. The USPTO’s Chief Economist released a report in September of 2016 that shows – based on sound empirical data analysis –

the vital role that intellectual property plays in the U.S. economy. It compared U.S. industries that use IP intensively to those that do not, and found significant differences. I would like to highlight three of the key findings:

These statistical associations are compelling, but they do not prove intellectual property causes growth. That is one of the reasons the IPSDM conference is so important. The U.S., Mexican, and Canadian governments have taken significant steps down this collaborative road.

In 2015 the intellectual property offices of Mexico, Canada and the United States entered into a pilot Patent Prosecution Highway (PPH) agreement. This regional PPH agreement was extended in 2016 for another two-year term, further enabling these IP offices – IMPI, CIPO, and the USPTO – to examine patent applications more efficiently.

And applicants continue to benefit from the PPH as well, receiving decisions on patentability sooner, which allows them to invest more confidently in commercialization and bring innovative products to market quicker.

This is not the only example of this trilateral cooperation in the IP space. IMPI, CIPO, and the USPTO regularly share information on trademark and patent examination practices

and the current state of technologies and trends, allowing for improved quality of trademark and patent examination across all three offices.

Finally, I want to acknowledge that the 2017 IPSDM conference is a particularly noteworthy example of collaboration and cooperation. It involved coordination of three countries – the United States, Canada, and Mexico – and four major institutions – the Organization for Economic Co-operation and Development, IMPI, CIPO, and USPTO.

My congratulations and kudos to all of those involved – and it truly demonstrates the importance of our interconnected relationships.

So, I want to thank you for the opportunity to speak to you all this morning and I know that the rest of the conference and what has come before will be extremely productive for all of us.