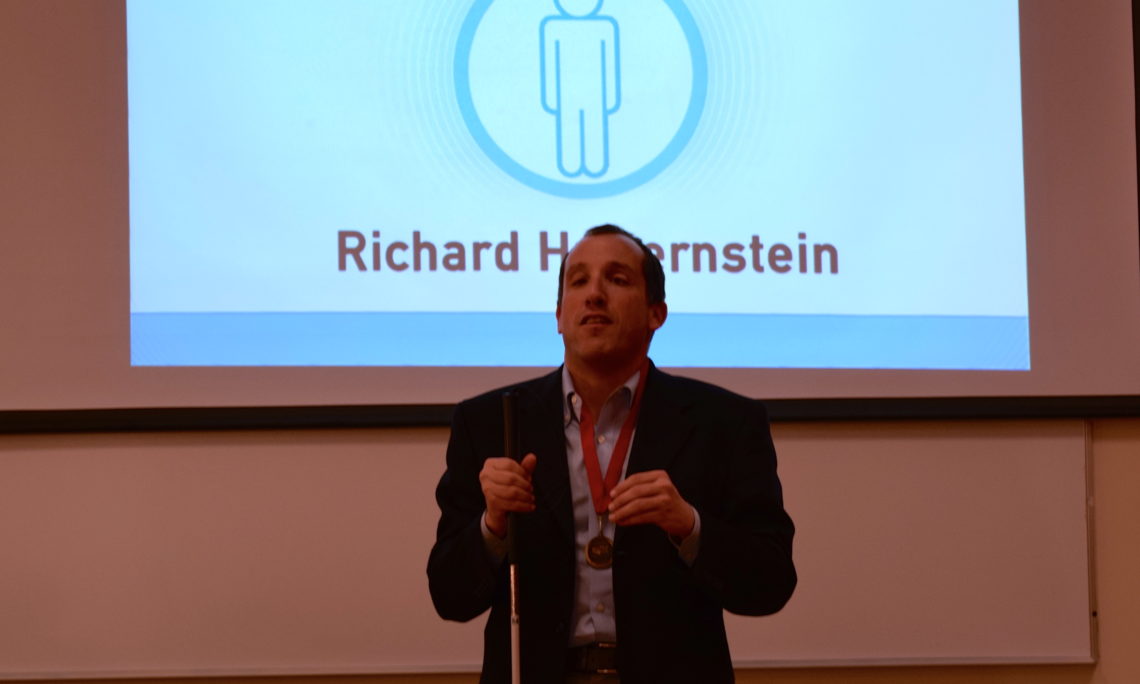 During his time in Ciudad Juarez, Justice Bernstein participated in the Binational Legal Forum where he talked about his experience as a trial attorney and a judge working within an accusatorial system.

He also addressed a roundtable of twenty social work students at the Juarez Autonomous University, and gave a talk at the Colegio de Chihuahua on the “Rights of People with Disabilities,” attended by human rights defenders, attorneys and others.

“We appreciate the time that Justice Bernstein has given us,” said Consul General Ian Brownlee.  “Not only does his visit benefit the legal community, but the disabilities community can learn from his personal experience and legal expertise as we move towards a more inclusive society.”

“In 2015 in the United States we celebrate the 25th anniversary of the Americans with Disabilities Act, which guarantees equal rights for people with disabilities in my country, but it has also inspired changes in other parts of the world,” said Justice Bernstein. “It is gratifying to come to Juarez and have the opportunity of meeting such a group of people committed to equal rights.  All the people that I met today have stories of hope and I believe in a few years, their work will be the engine that will motivate legislative changes for greater inclusion,” he added.