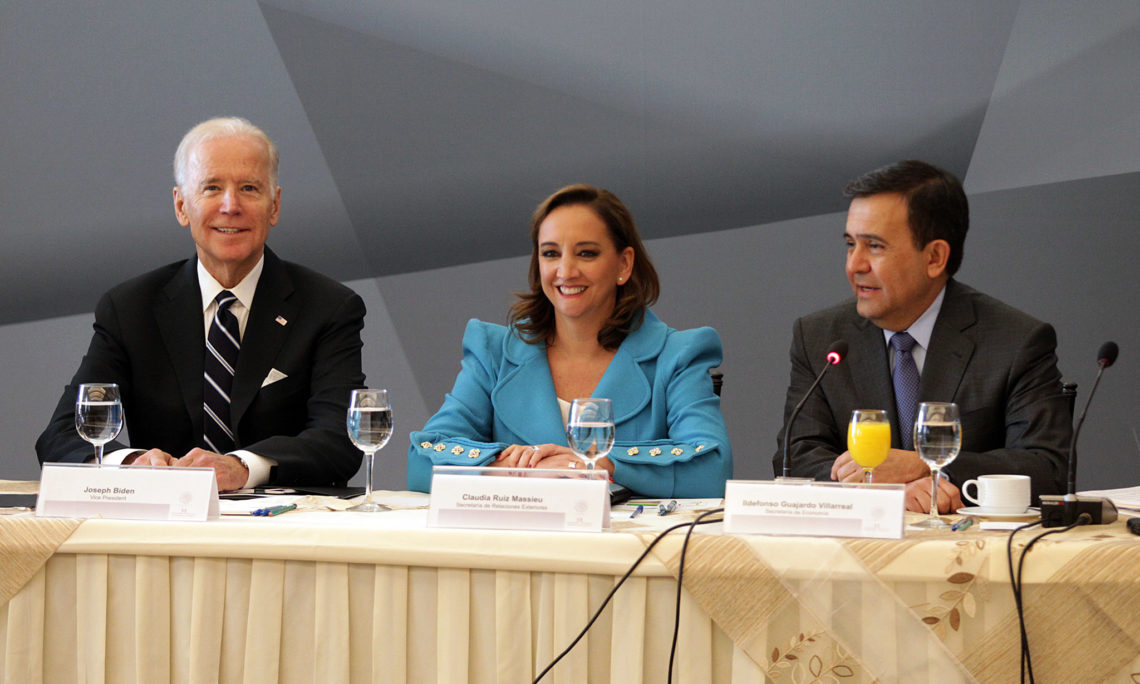 The U.S.-Mexico High-Level Economic Dialogue (HLED) is the premier forum for bilateral economic cooperation, promoting mutual economic growth and prosperity, job creation, and global competitiveness for Mexico and the United States.  Today, in Mexico City, U.S. Vice President Biden and Mexican Secretary Videgaray co-chaired the third Cabinet-level meeting to highlight the significant progress made during 2015 and discuss goals for 2016 and beyond.

The HLED focuses on the following priority work areas: energy, modern borders, workforce development, regulatory cooperation, partnering in regional and global leadership, and stakeholder engagement.  Our two countries agree to work toward the following goals in 2016:

·      To strengthen our cooperation, we will continue working on energy regulatory cooperation.

·      At the same time, we will develop a Second Work Plan to include other sectors for the High-Level Regulatory Cooperation Council (HLRCC) that considers lessons learned from the First Work Plan. The Second Work Plan should be developed on a balanced approach considering sectors and activities of interest to both countries.

·      On energy, we will continue to convene experts to draft regulations and procedures.  We will also hold periodic “whole-of-government” meetings, to ensure that energy regulatory cooperation remains a priority and to ensure best practices and lessons learned are implemented across all energy regulators.

·      The U.S. Department of Interior, Mexico’s Secretariat of Energy (SENER) and Mexico’s Secretariat of the Environment and Natural Resources (SEMARNAT) will work together to expand existing energy cooperation, particularly in offshore safety and environmental enforcement.  By increasing coordination and aligning regulations, we will create market efficiencies that lower costs and benefit both U.S. and Mexican consumers.

These 2016 strategic goals and initiatives are only possible because of the strong and cooperative partnership which defines the U.S.-Mexico relationship and builds off of the success of 2015.