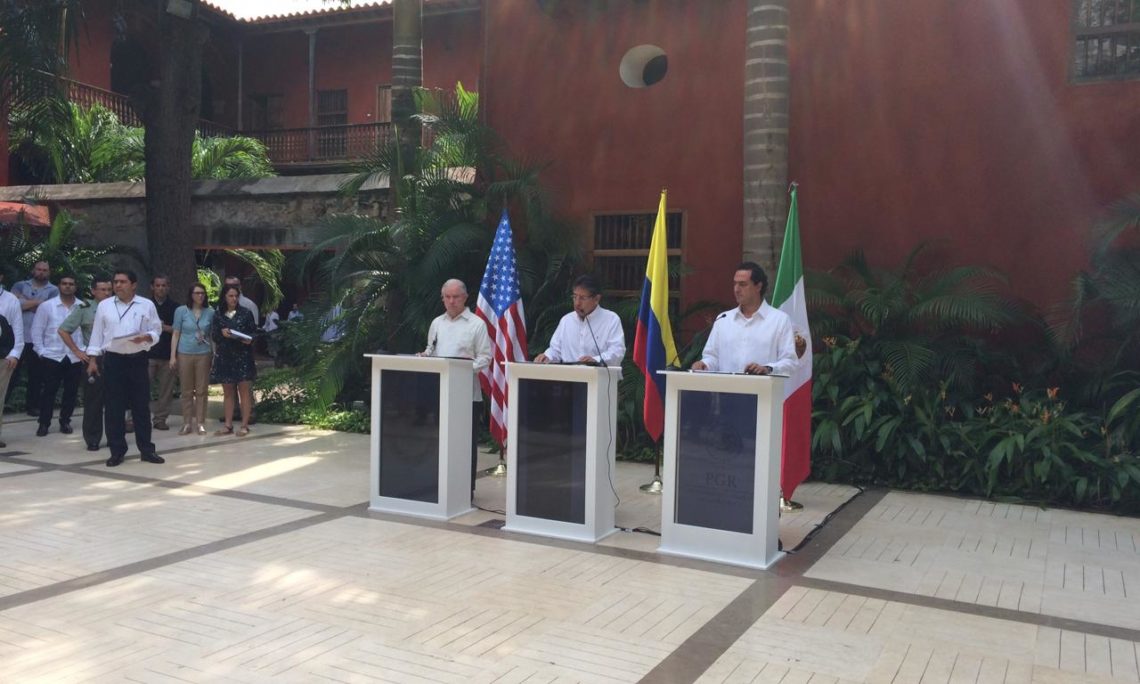 In the City of Cartagena, Colombia, on December 6th and 7th, 2017, the Attorney General of Colombia, Néstor Humberto Martínez Neira, the Attorney General of the United States of America, Jeff Sessions; and the Acting Prosecutor General of the United Mexican States, Alberto Elías Beltran, held the ”Trilateral Summit Against Transnational Organized Crime.” The purpose of the summit was to renew the existing commitment to international judicial cooperation and to deepen joint strategies in the fight against transnational organized crime.

Throughout the summit, the Attorneys General evaluated diverse criminal phenomena linked to organized crime, such as narcotics trafficking, money laundering, public corruption, and human trafficking. This criminal activity has affected security and prosperity in the Americas. Thus, the Attorneys General believe that it is necessary to redouble each country’s efforts and fortify cooperation amongst all three countries in order effectively to combat this scourge.

In this regard, the three countries plan to develop and share strategies to effectively combat and dismantle organized criminal structures, in order to successfully address the multiple challenges posed by transnational organized crime.

In particular, the three countries plan to maximize collective law enforcement capabilities by:

1.- Streamlining the exchange of information in real time among the investigative bodies in the three countries by utilizing law enforcement channels of communication whenever possible;

2.- Prioritizing and collaborating in the interdiction of shipments of narcotics and its illicit proceeds;

4.-Increasing the exchange of best practices to more effectively investigate and prosecute transnational criminal organizations; and