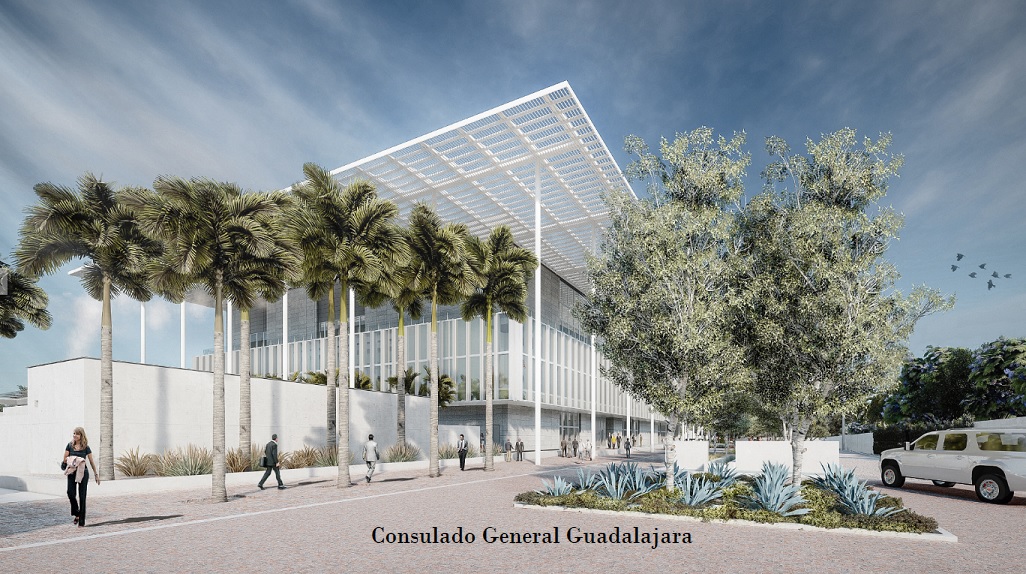 Investing in the Future of U.S.-Mexico Relations: The U.S. Diplomatic Mission in Mexico Celebrates Over $1.5 Billion in New Building Construction to Support U.S. Diplomatic Operations in Mexico.

Mexico City, May 30, 2019—This month, the U.S. Diplomatic Mission to Mexico and the Department of State’s Bureau of Overseas Buildings Operations celebrated the groundbreaking of three construction projects to establish new, secure, and resilient state-of-the-art U.S. Consulate campuses in the cities of Hermosillo, Guadalajara, and Nogales.

These celebrations followed the groundbreaking for a new U.S. Embassy in Mexico City last year, located in the Nuevo Polanco neighborhood. This investment in the U.S.-Mexico relationship also includes the recent completion of the new Consulate General in Matamoros this month as well as the new Consulate in Nuevo Laredo, inaugurated in April 2018.

These new diplomatic facilities incorporate design concepts that honor both U.S. and Mexican architectural traditions and include cross-cultural art installations emblematic of our shared border, history, and culture, in celebration of our enduring friendship and bilateral partnership with Mexico.

In total, these projects represent over $1.5 billion of construction invested in the Mexican economy through contracts with contractors, suppliers, and laborers, and will employ over 4,000 local workers.