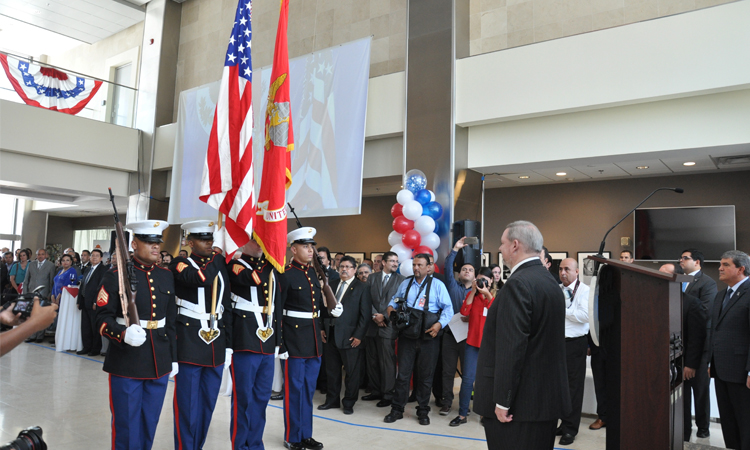 To commemorate Independence Day Consul General Timothy Zúñiga-Brown hosted a midday reception at the consulate for nearly 200 guests, including representatives of civil society, media, educational institutions, and government within our consular district. With Route 66 as the theme of the event, the iconic American highway represents connections among people from across the country and the search of better opportunities and adventure. During the celebration that commemorated the 241st year since the signing of the Declaration of Independence of the United States, the Consul General highlighted the strong economic, cultural, educational, and historical relationships shared by the United States and México, especially the states of the Consular district, Coahuila, Durango, Nuevo León, San Luis Potosí and Zacatecas. The text of the Consul General’s speech is available here, along with the photographs of the event.