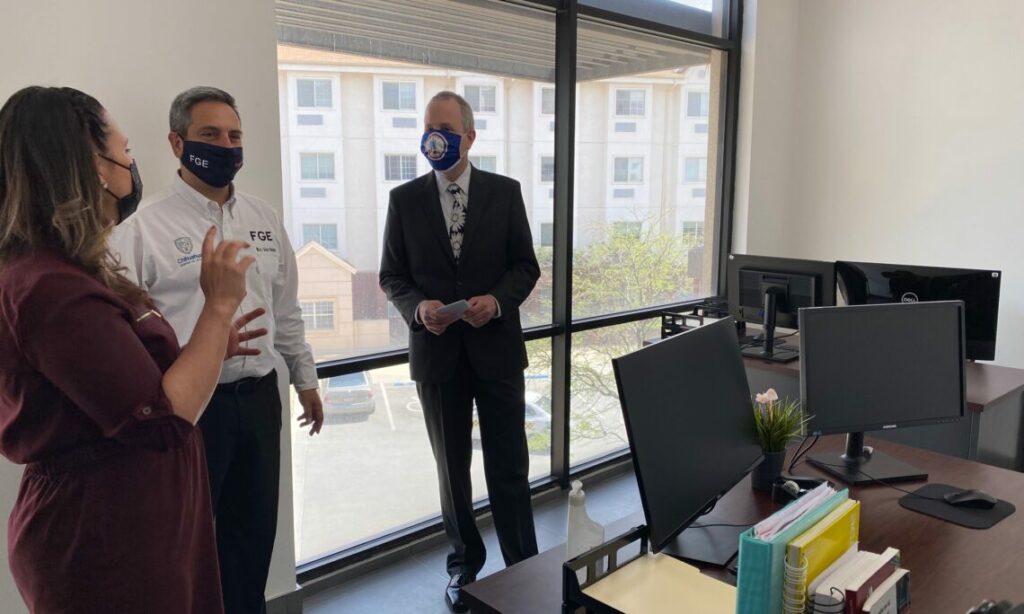 “We look forward to deepening our law enforcement cooperation through this new initiative.  These efforts fully support the Department of State’s mission to uphold the integrity of U.S. travel documents,” said U.S. Consul General Cohan.

The U.S. Department of State has established two vetted investigatory units in Mexico, selecting Ciudad Juarez as one of the locations, with Ciudad Juarez being the first one to open.  It is the eleventh such unit to open in the world.

The Bureau of Diplomatic Security is the federal law enforcement and security bureau of the U.S. Department of State.  Tasked with securing diplomacy and protecting the integrity of U.S. travel documents, the Bureau of Diplomatic Security has the largest global reach of any U.S. federal law enforcement agency, with offices in 29 U.S. cities and in more than 270 locations around the world.