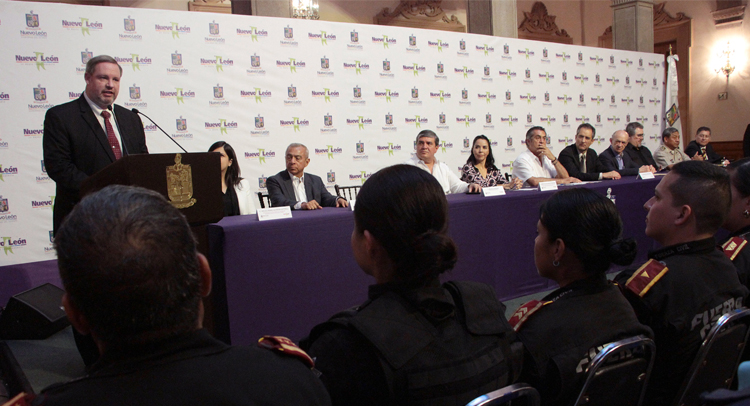 Monterrey, May 31, 2016 –  The Consulate General Monterrey and the Government of Nuevo León celebrated the graduation of 113 students who participated in the strategic training plan for the State of Nuevo León. Governor Jaime Rodriguez Calderón and Consul General Timothy Zúñiga-Brown led the graduation ceremony.  The training courses included basic police skills, first responder abilities and crime scene investigation training.  The graduates received a basic skills instructor certification in order to replicate the training for new police officers in these critical topics. These trainings opportunities are offered under the Mérida Initiative, a partnership between the United States of America and the Government of Mexico to support of a broad range of projects intended to develop and professionalize law enforcement institutions in Mexico.

The Police Professionalization program seeks to ensure that all police officers in Mexico are competent and adequately trained to carry out their duties, as well as to ensure that police academies and departments operate lawfully with transparency  and efficiency. The program supports these aims through a multi-pronged approach that fosters a respectable, qualified police force and robust police institutions.