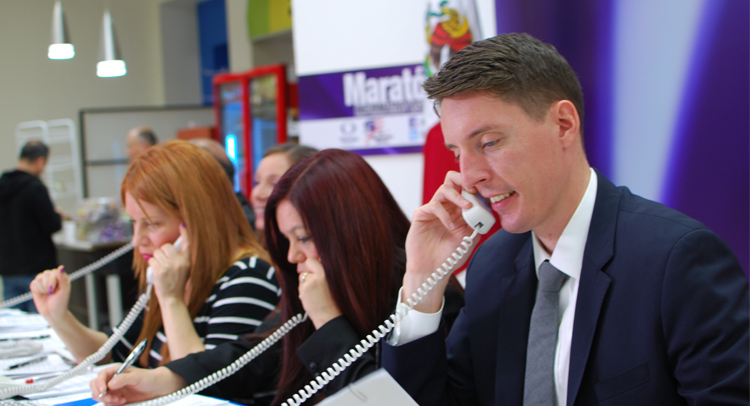 On April 25, Consulate General Monterrey hosted its fourth annual Visa Telethon on the local Televisa TV affiliate.  Approximately 30 Consular, Public Affairs, and U.S. Customs and Immigration Service officials answered questions via phone, Facebook and Twitter.  During the six hours of live transmission, Consulate General personnel conducted live interviews on tourism, student visas, the visa renewal process, avoiding fraud, and misconceptions about visas. Consul General Timothy Zúñiga-Brown kicked off the event early in the morning with a live interview on the morning news, noting that Monterrey is the seventh busiest visa processing post worldwide.  Post answered 1,151 telephone calls and 253 social media questions. This outreach activity in partnership with Televisa enabled the Consular section to significantly increase visibility for its efforts to provide timely and accurate information about consular services and to reach wide audiences throughout the consular district and other parts of Mexico.  The Public Affairs section used its social media tools to broaden exposure during the event and generated over 1,100 new Facebook likes in just one morning.  The event demonstrated the Consulate General’s commitment to customer service and facilitating legitimate trade and travel between the United States and Mexico.

Photos of the event are available, here