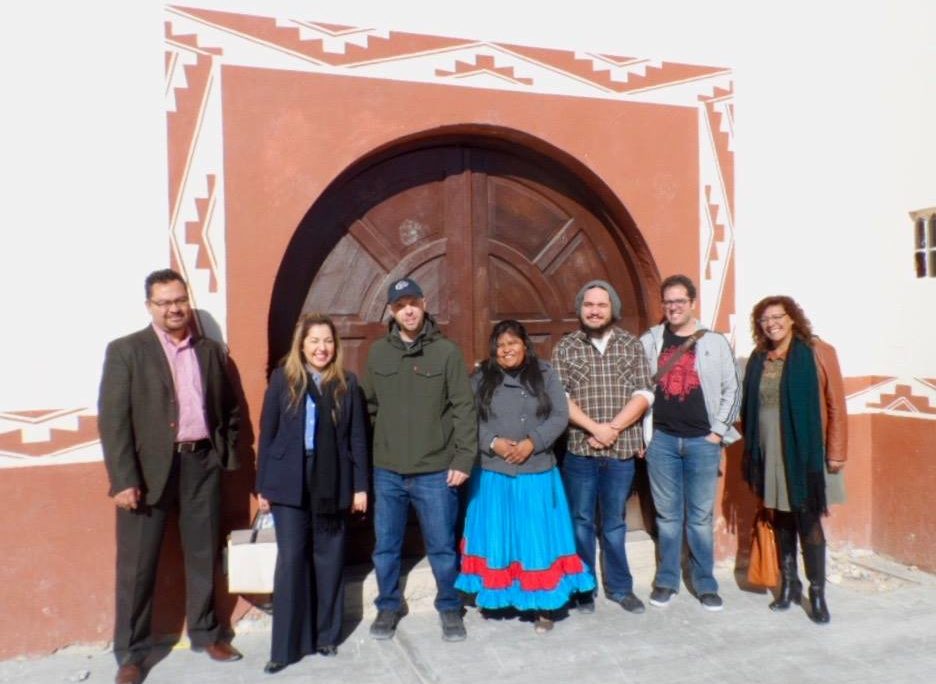 During his visit, Dr. Francis and Mr. Cuffee visited the Colonia Tarahumara in Ciudad Juarez and met with Rosalinda Guadalajara, who is the first woman to represent that Colonia as its “governor”, as well as officials from the municipal Instituto de las Mujeres. They discussed accomplishments and challenges that Native American and Native Mexican communities face.

Dr. Francis and Mr. Cuffee also delivered presentations to (and facilitated conversations with) comic book fans, artists, editors and writers.   During two such gatherings in Chihuahua city, they highlighted the urgency of promoting a more inclusive and diverse pop culture, plus shared their successful business model of creating comics in which Native Americans break with stereotypes and are correctly represented.   Taking a page from their own youth, Dr. Francis and Mr. Cuffee even enthusiastically “traded comics” with local creators that brought their own work.

They also discussed the importance – not to mention inherent challenges – of marketing traditional and contemporary arts and crafts created by Native communities in a meeting with the Centro de Desarrollo Alternativo Indigena (CEDAIN) in the city of Chihuahua at the FECHAC installations there.

Dr. Francis and Mr. Cuffee visited the U-Hub in Chihuahua City. There they met with incipient entrepreneurs to address the importance of creating cultural enterprises to help artists and their work to thrive.

To conclude their visit, our speakers met with students from the Indigenous College Program in Chihuahua.