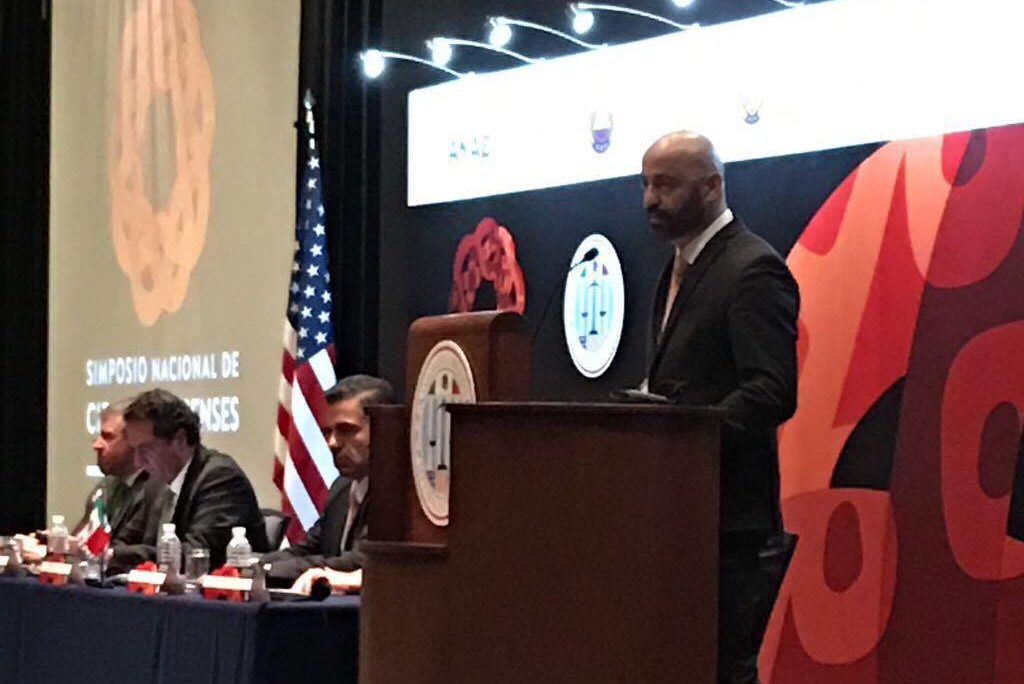 Mexico City, August 7, 2017 – The first National Forensic Sciences Symposium in Mexico opened today.  Nearly 200 forensic laboratory directors, quality assurance managers and technical leaders, as well as several State Attorney Generals, from Mexico’s 32 states joined representatives from U.S. law enforcement and justice institutions to share information and best practices on themes related to forensic sciences.  This inaugural Symposium seeks to improve the quality and use of forensic evidence and analyses as well as to promote greater collaboration between forensic experts and other justice sector actors to help strengthen the empirical evidence presented during prosecutions.  This is a critical component in the successful execution of justice under Mexico’s accusatory criminal justice system.

The first National Forensic Sciences Symposium is organized under the Merida Initiative.  Under the Merida Initiative, the United States government assists Mexican forensics services to achieve international accreditation of their operations through capacity building for experts and equipment donations to forensic laboratories to ensure compliance with ISO standards.  To date, 27 laboratories in six states and four PGR laboratories have been accredited by the American National Accreditation Board, a world leader in forensic services accreditations, based on standards set by the International Organization for Standardization (ISO).  The Embassy of the United States is currently working with forensic laboratories in 25 states in Mexico towards international accreditation of their forensics services in seven disciplines, including Crime Scene Investigation (CSI), Ballistics, Fingerprinting, Questioned Documents, Chemistry, Genetics, and Forensic Medicine.

Under the Mérida Initiative, the United States government also provides fora for information sharing on emerging forensic challenges.  In May, the U.S. Embassy hosted a two-day conference on fentanyl; an opioid which is 50 times more lethal than heroin and which in 2015 was blamed for many of the 33,000 opioid-related deaths in the United States.