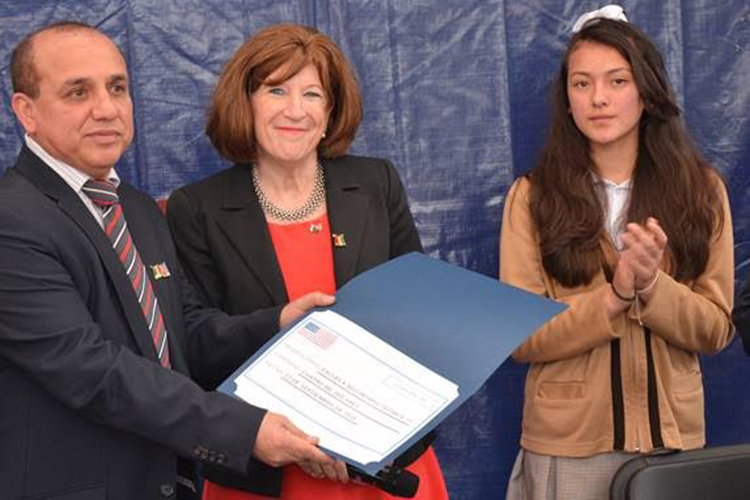 In the aftermath of the devastating earthquakes centered near Mexico City on September 19, 2017, which killed more than 369 people, injured more than 6,000 people, and damaged more than 44,000 buildings across the region, the U.S. government provided a variety of assistance to help the Mexican people. This assistance included sending an Urban Search and Rescue (USAR) Team from Los Angeles County Fire Department and several planes full of food, water and relief supplies. While most well-known is the USG assistance provided in the immediate aftermath of the earthquake totaling over $2.22 million USD, below is a list of the U.S. assistance that has been delivered in recent months or is planned for the near future.

Cultural Preservation Grant: The U.S. government awarded $200,000 USD in funds to the Instituto Nacional de Antropología e Historia (INAH).  This funding will be used to recover and stabilize structural integrity and security of the Ex Convent of Saint Martin of Tours in Puebla, which was damaged in the earthquake.

School Donation: Escuela Secundaria Técnica 73, located in Cuajimalpa, CDMX, was severely damaged by the September 19 earthquake. The U.S. government gave a $4,000 USD grant to the school to enable them to buy equipment for their computer room. The reconstruction of the school is still ongoing and is expected to be finished in January 2019.

Support for Federal Hospitals: The U.S. Government provided support in the form of equipment donations and training for staff at Mexican federal hospitals in Oaxaca, Chiapas and Morelos damaged in the earthquake.

Support for Urban Search and Rescue (USAR) Team in Jalisco: This project, planned for late September 2018, will help to restore the operational capacities of the USAR team in Jalisco, whose equipment suffered damage following the 2017 earthquakes. The assistance will restore the operational capacities of the State Unit for Civil Protection and Firefighters of the State of Jalisco through specialized equipment donations.

Support for Urban Search and Rescue Team in Mexico City: The re-supply for the Rescue and Medical Emergency Squadron in Mexico City, scheduled for late September 2018, will help to restore the operational capacities, which suffered damage to critical equipment in the earthquake.

Support for Mexico Secretary of Defense (SEDENA) First Responders: This project involves USAR training and equipment donations to first responders of SEDENA, building capacity for potential international rescue operations and capacity building to respond to catastrophic disasters. The project is planned for November 2018.

Much like Mexico’s response in coming to the aid of needy Americans in the aftermath of hurricane Katrina, the U.S. immediately marshalled efforts to respond to the needs of our friend and neighbor Mexico after the September 17, 2017 earthquakes, and continues to do so.