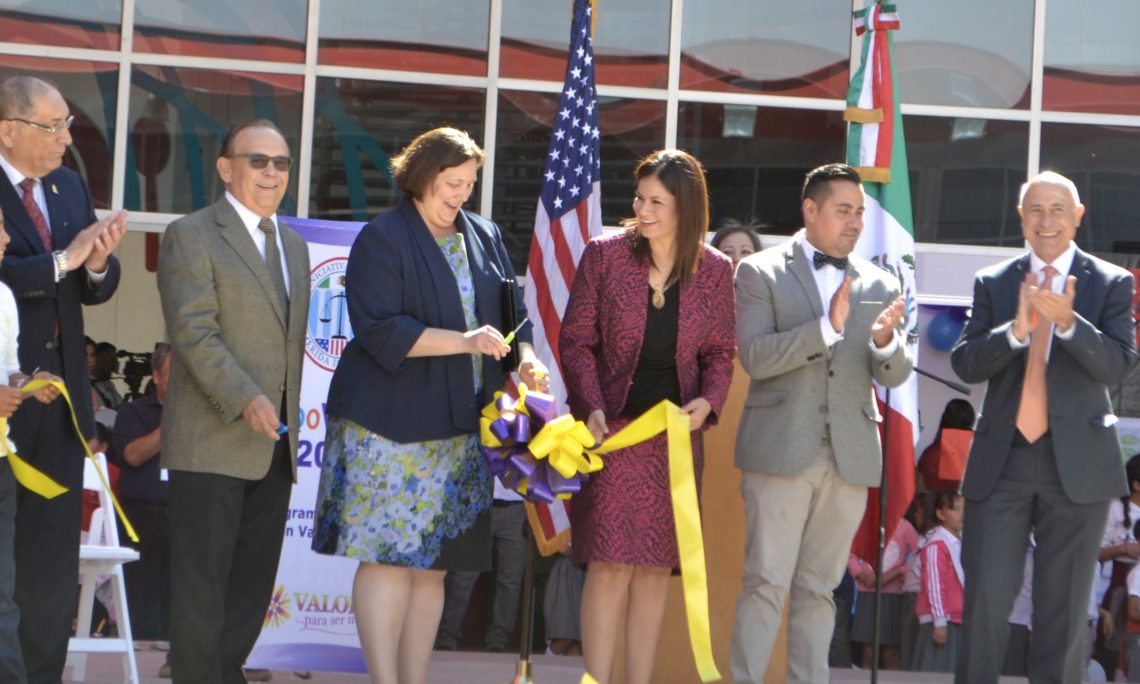 On April 28, NGO Programa Educación en Valores A.C. held Expo Valores 2016.  Around 7,000 children, parents and teachers from 39 schools in Ciudad Juarez attended the event and learned about the importance of fostering a culture of lawfulness.

Programa Educación en Valores maintains contact with these schools every month through educational and recreational activities that allow parents, teachers and children to learn about ethical conduct, in order to achieve a better quality of life.

The U.S. Consul General in Ciudad Juarez Daria L. Darnell said that “although it seems like a small thing to educate ourselves about these issues, acquiring the ability to reflect on our own actions and form a value judgment on them, helps us assess if our behaviors fit or not into the moral and ethical guidelines that society has defined as desirable.”