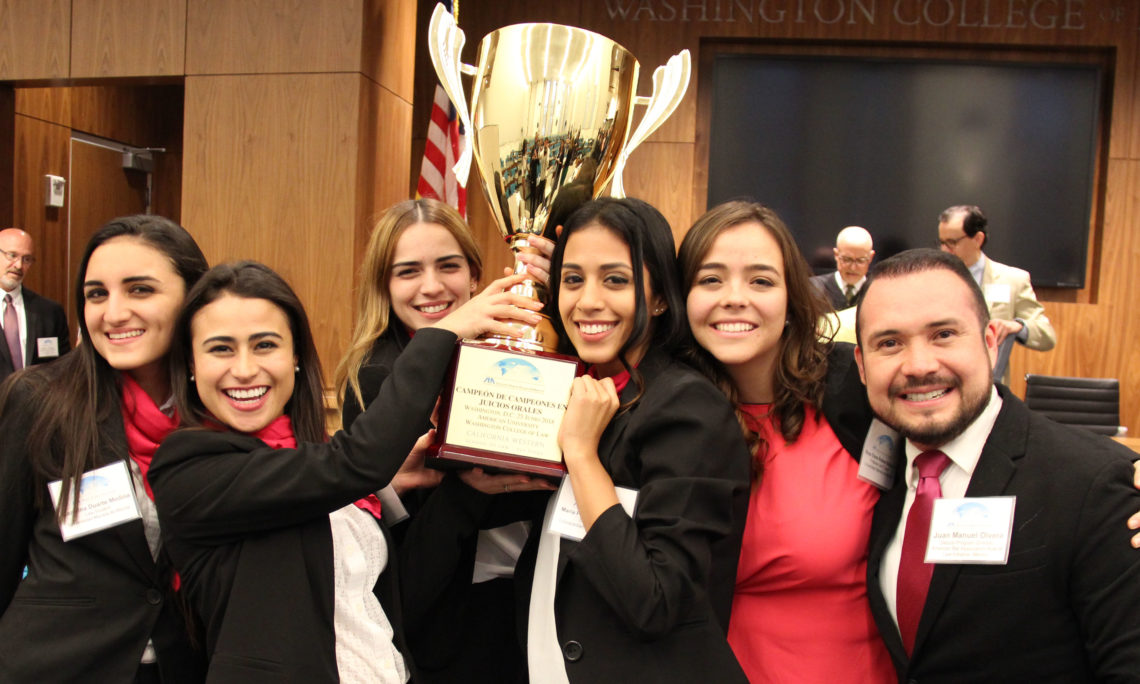 Washington, June 26, 2018 – At yesterday’s Merida Initiative Mock Trial Competition, held at the American University, Washington, DC, a talented team of young Mexican lawyers-in-the making from The Marist University of Merida, Yucatan, used all their knowledge and resourcefulness to defeat University of Guanajuato, Guanajuato. This is the fourth year that the legal showdown for Mexican law students has been hosted at American University in Washington, D.C.  In the four months leading up to the competition, 128 teams made up of Mexico’s brightest and best law students have faced each other in a series of regional mock trial competitions.  The competitions are part of a larger program under the Mérida Initiative to build a new generation of expert litigants who will deliver justice under Mexico’s accusatorial criminal justice system, formally introduced in June 2016.

Since 2014, these programs have been run in Mexico by two implementing partners, the American Bar Association Rule of Law Initiative (ABA ROLI) and the California Western School of Law (CWSL).  Each organization coordinates parallel mock trial competitions alongside workshops in oral litigation for the teams from participating universities.  Following several rounds of regional competitions in Mexico, ABA ROLI and CWSL both host a national competition for the participating teams.  The culmination of the annual program takes place in Washington, D.C., where the winners of each national competition square off in a grand finale.

Interest in the program has grown exponentially.  In 2014, when the competitions started, 319 teams applied to participate.  For this year’s competition the organizers received applications from nearly 700 teams.  Many former participants are already working in Mexico’s justice sector as prosecutors or in private practice.  As the new generation of prosecutors and lawyers in Mexico, their expertise in a justice system based on oral litigation will contribute to stronger rule of law and more effective criminal prosecutions in Mexico, a win-win situation for all those who are impacted by criminal activity, on both sides of the border.