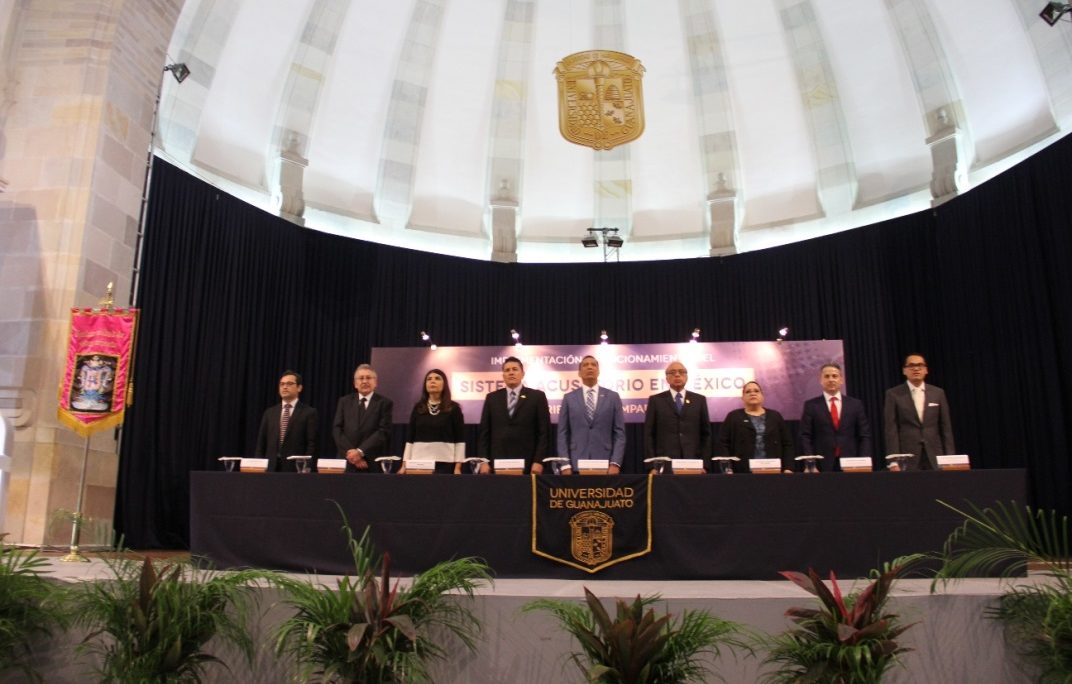 Guanajuato, Guanajuato, 10 February, 2017—In keeping with its goal of a creating a more just and democratic society, the University of Guanajuato (UG), in collaboration with the Embassy of the United States of America, today hosted a conference on the “Implementation and Operation of the Accusatory  System in Mexico – Shared Experiences”.

During the inaugural session, Dr. Luis Felipe Guerrero Agripino, Rector, hailed the event as essentially recreating the ambiance of a think tank by establishing a space to explore and exchange ideas on a fundamental theme. This is particularly important, the Rector added, because the criminal justice system “is a reflection of a society’s idealogical, political and historical principles.”

The Rector highlighted the importance of sharing opinions regarding the challenges involved in the implementation of an accusatory system, in particular those related to the judicial process.  He maintained that, in a democracy, criminal justice proceedings should be a last resort.

Ray Gattinella, Head of the Office of Overseas Prosecutorial Development Assistance and Training (OPDAT), Department of Justice, United States Embassy, underlined the role of higher education in preparing future generations of justice sector actors who are responsible for the implementation and consolidation of the accusatory system in Mexico. He added that “consolidation will require a longterm, multi-generational effort, as well as sustained political will at both the Federal and State level for many years to come.”

Under the Mérida Initiative, the United States government provides tangible support to the consolidation of the accusatory system in Mexico. This includes programs to develop litigation and mediation skills among law students, broaden understanding of the accusatory system by practicing lawyers, equip courtrooms, and train justice sector operators.