The foundation of Art in Embassies (AIE), a U.S. Department of State program, began with an International Council established by the Museum of Modern Art (MoMA) in 1953 to exhibit American works of art in U.S. embassies. Building on these efforts and recognizing the importance of art in international cultural outreach, an AIE office was created by the John F. Kennedy administration in 1963. Since then, AIE has grown and continues its mission to promote cultural diplomacy through art by way of artist exchanges and programs exhibiting a diverse group of American artists as well as international artists and artists from the host countries. 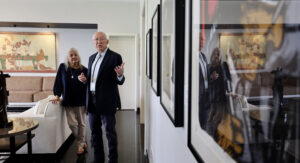 The “The United States and Mexico: A Powerful Past, A Shared Future” exhibition at the U.S. Ambassador’s Residency in Mexico City will explore the long-standing relationship between the United States and Mexico through a visual narrative that highlights a shared history of struggle and hope.  Featured themes include the fight for civil and human rights, indigenous representation, and visions for the future. Together, these works demonstrate a mutual quest for human dignity across two inextricably bound nations.  This exhibition is organized with the generous support of lenders including Dr. Gilberto Cárdenas,  Colección y Archivo de Fundación Televisa,  Fomento Económico Mexicano, S.A.B. de C.V. (FEMSA), and Dr. Isaac Masri.

This exhibition recognizes the diverse indigenous groups living in the United States and Mexico and their contributions to the nation’s cultural richness.  Artistic life flourished for nearly two thousand years before the colonial era; artisans honored their gods and leaders with complex stone carving, ceramics, and relief sculpture. Today, their descendants use traditional methods, storytelling to create works that celebrate the survival and vitality of their communities.

This exhibition also alludes to the colonial era, a period marked by conflict, subordination, and new beginnings that has left a complex and much debated legacy that has played out in the arts. The revered Virgin of Guadalupe was, notably, a reconciliation of Catholic and pre-Hispanic beliefs. Mestizo and Mexican American artists also draw inspiration from indigenous and Western art to create hybrid expressions that mirror Mexico and the U.S.’s diverse ethnic makeup.

The stories of our two nations contain both tragedy and hope, with conquest, war, and families separated across borders. For example, people of Mexican ancestry have a long and distinguished history in the United States military; their presence was particularly prominent during World War II. In both countries, mestizos and indigenous peoples have always struggled for rights, respect, and recognition, along with African Americans and other underrepresented peoples. On both sides of the border, artists have used their creative abilities to further these causes. During Mexican Revolution, artists from the Taller de Gráfica Popular (TGP) used their prints to widely circulate revolutionary causes; in the U.S., artists worked side by side with leaders of the Chicano Movement to create works that promoted social justice and equality.

For both nations, our futures are inextricably linked, driven by change, the hopes of many generations, and the dreams of our young people. Emerging and established artists honor their communities, families, and traditions with vibrant and exuberant expressions of creativity. They reconsider and rethink conventional artistic boundaries, imagining new, sometimes playful, but always culturally conscious and wholly original works.

Carlos Jackson, a visual artist and writer, was born and raised in Los Angeles, California. He attended the University of California, Davis where he received his Bachelor of Science in Community and Regional Development and a Master of Fine Arts in Painting. 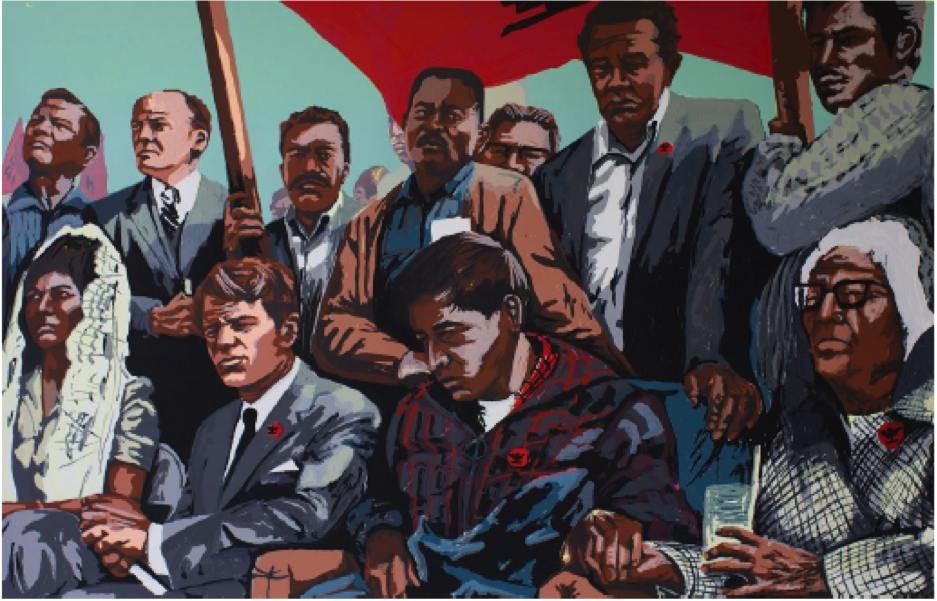 Tony Ortega was born in 1958 in Santa Fe, New Mexico. He lives in Denver, Colorado where he is chair and associate professor of drawing and printmaking at Regis University. He holds Master of Fine Arts degree (1995) and Bachelor of Arts (1980) from the University of Colorado at Boulder. 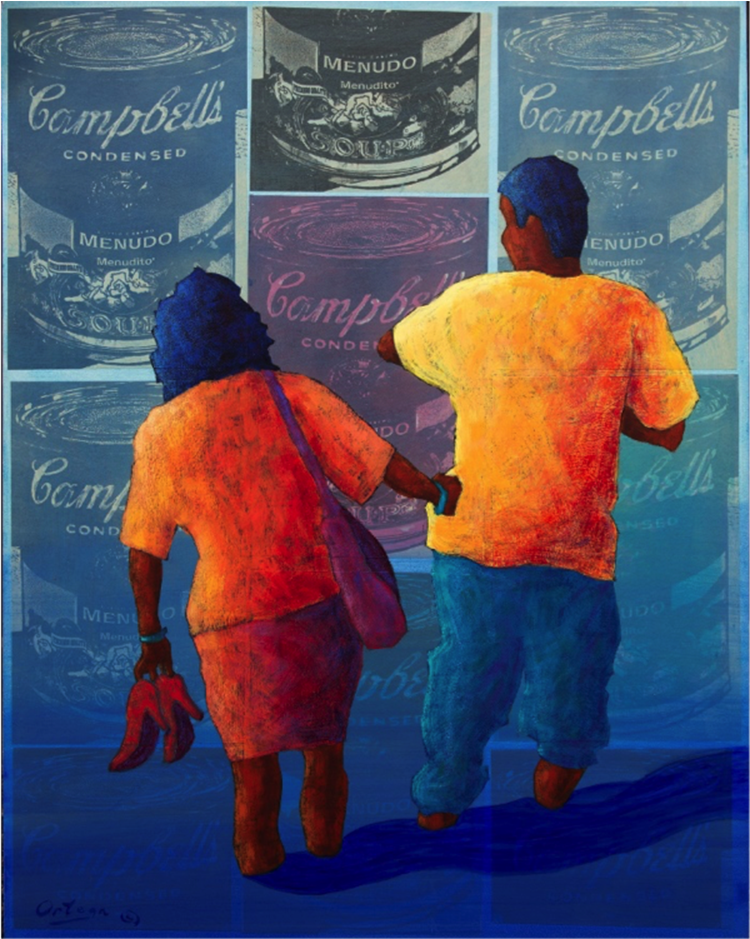 Frank Romero grew up in the culturally mixed, middle-class Los Angeles community of Boyle Heights. During the height of the Chicano civil rights movement in the early 1970s, as a member of the Chicano artists’ group “Los Four,” he attained a new, high-profile status in the larger art community. 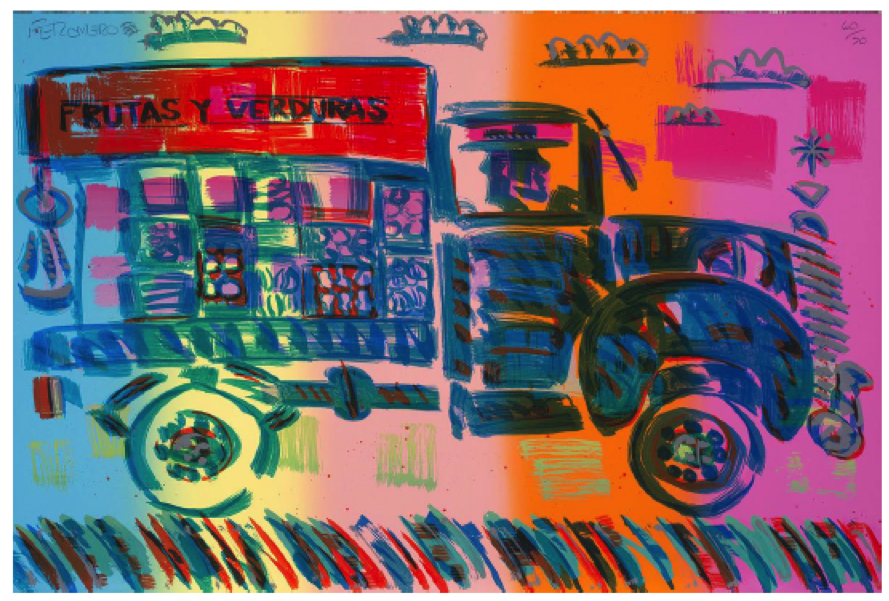 Siqueiros was an outspoken Mexican painter and political activist during the first three-quarters of the twentieth century. He focused on important issues in society, taking up a written, visual, and verbal “call to arms” for art to be created for and about the indigenous people of Mexico. 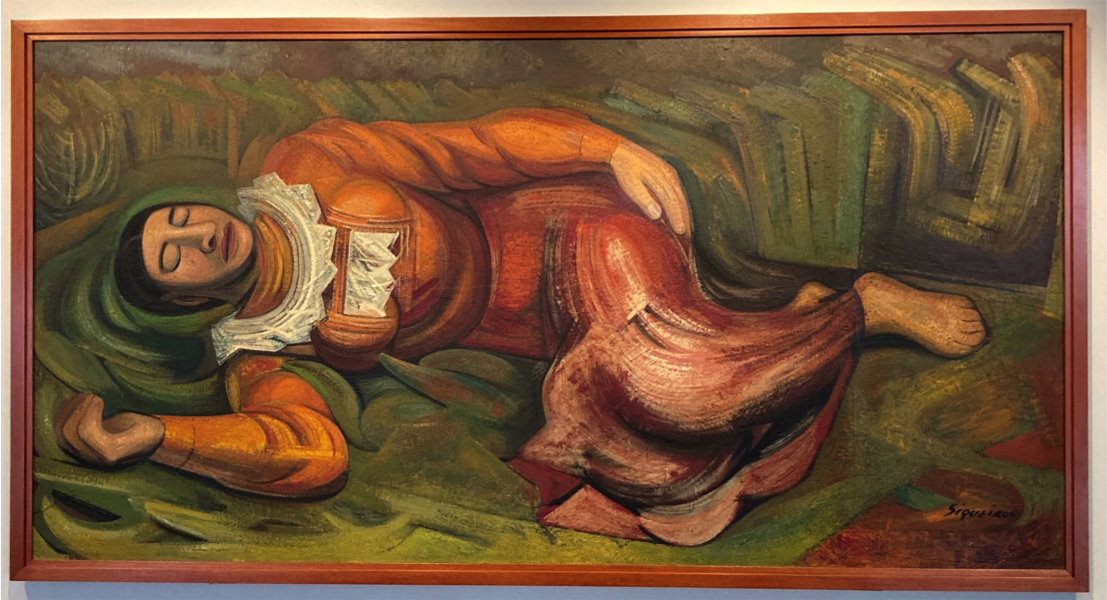 Diego Rivera was trained at the National School of Fine Arts in Mexico City. He spent more than a decade in Europe, becoming a leading figure in Paris’s vibrant international community of avant-garde artists. There, he developed his own brand of cubism infused with symbols of his Mexican national identity. 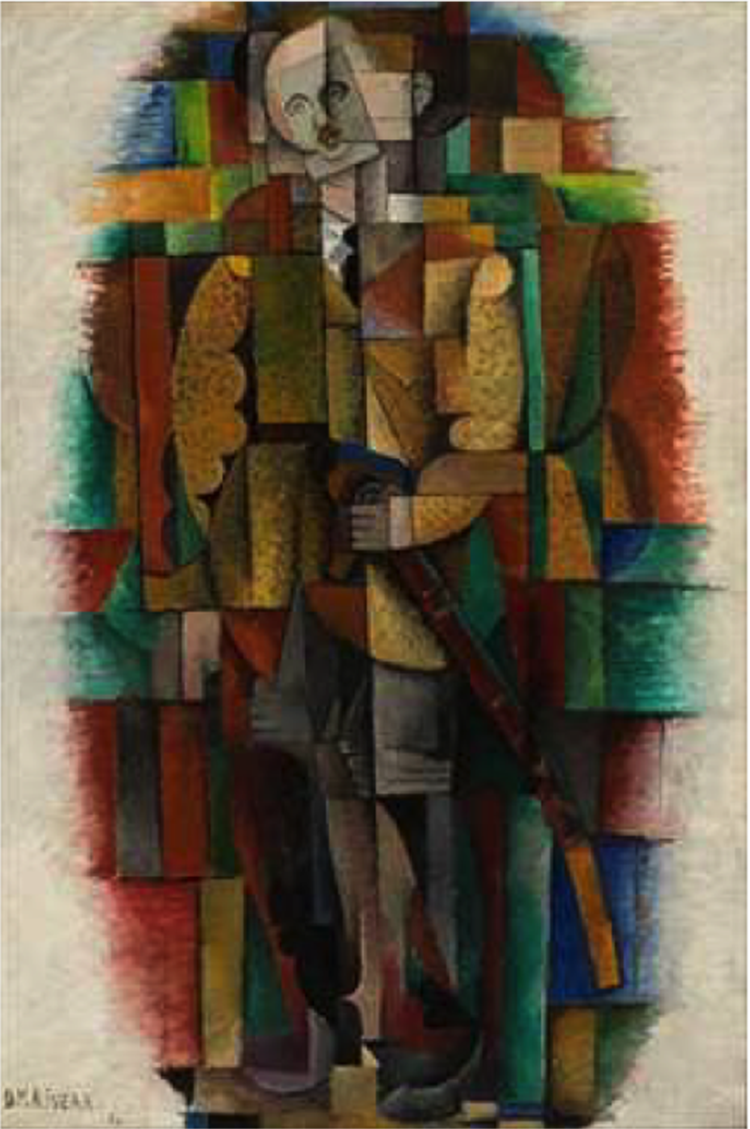 “Dr. Atl” was a painter and writer who was one of the pioneers of the Mexican movement for artistic nationalism. He dedicated a good part of his work to the representation of volcanoes. His attraction to them led him to witness the birth of Paricutin (1943); and published the book “How a volcano is born and grows, the Paricutin” (1950). 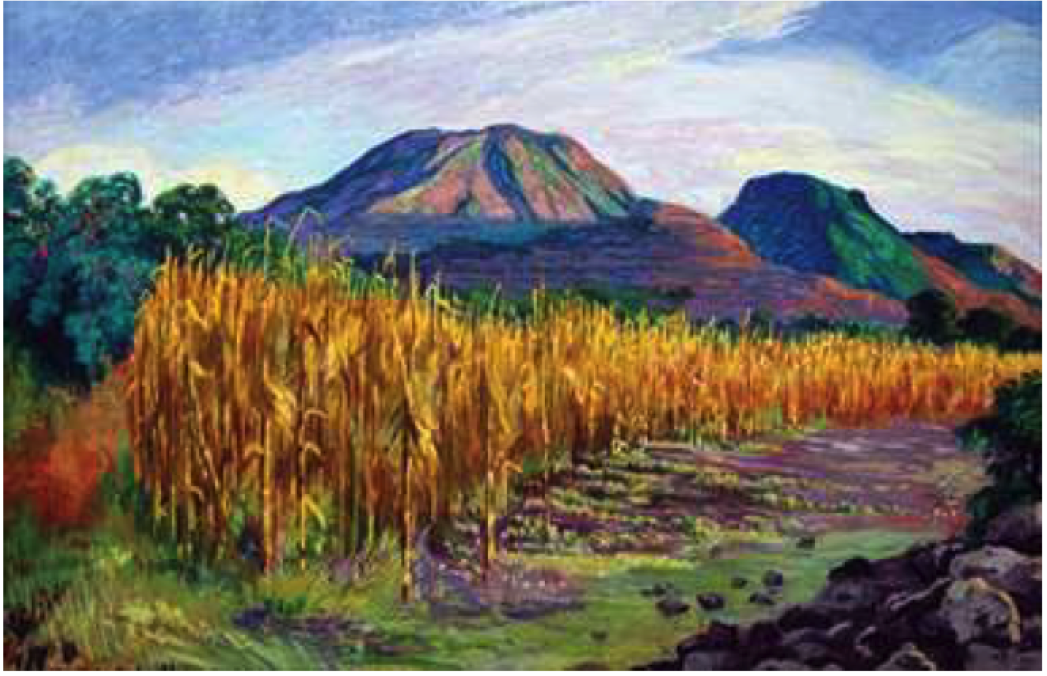 Alfredo Ramos Martínez spent his formative years immersed in the artistic life of Paris, returning to Mexico in 1910 on the eve of the country’s Mexican Civil War. After becoming director of the National School of Fine Arts in Mexico City, he established the nation’s first open air schools and encouraged his pupils to create work that captured observations of daily life. In 1929, Ramos Martínez and his family relocated to Los Angeles. 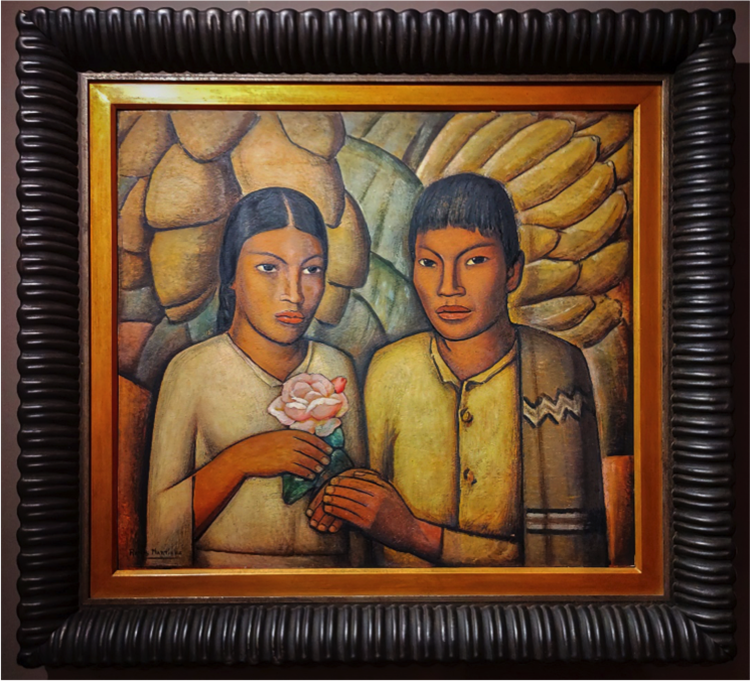 Rina Lazo got her start in the 1940s (when she was in her twenties) as one of D‪iego Rivera’s assistants and spent the rest of her life in Mexico. 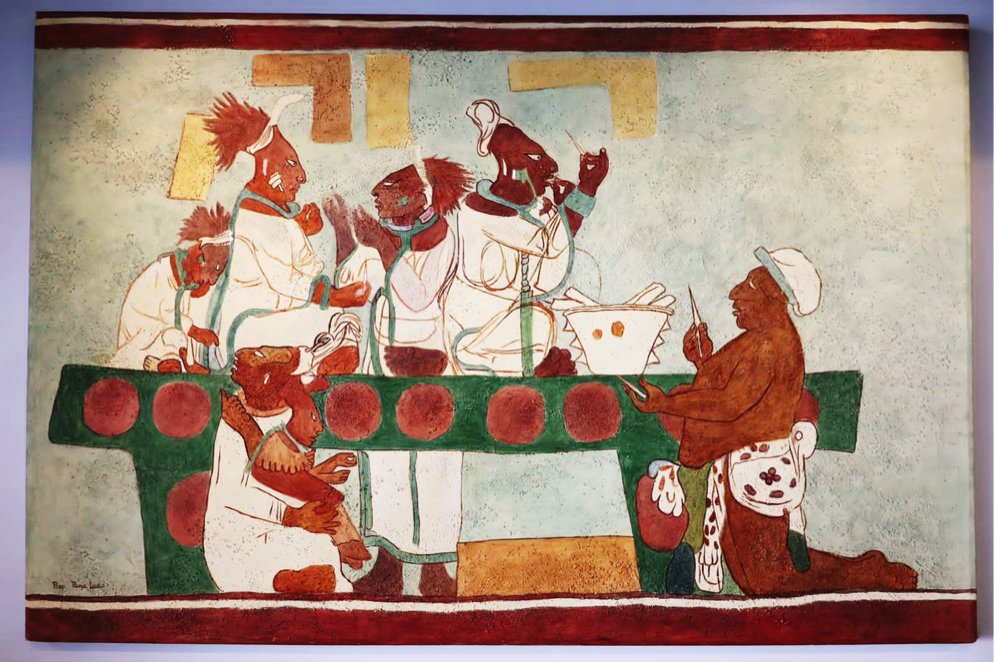 Pedro Linares was a cartonería (papier-mâché like) artist best known for having created Alebrijes (fantastical or mythical creatures). Alebrijes have become world known, and are now exemplary of Mexican folk art. 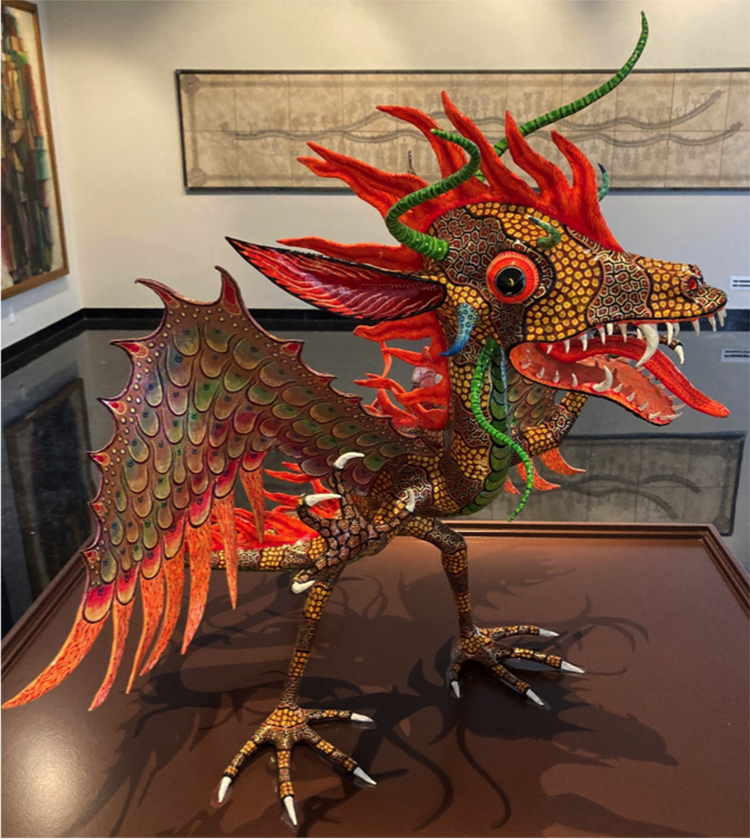 Francisco Bautista was born in the town of Teotitlán de Valle in Oaxaca, Mexico. He grew up learning to weave from his father and grandfather, both of whom made a living through that craft. 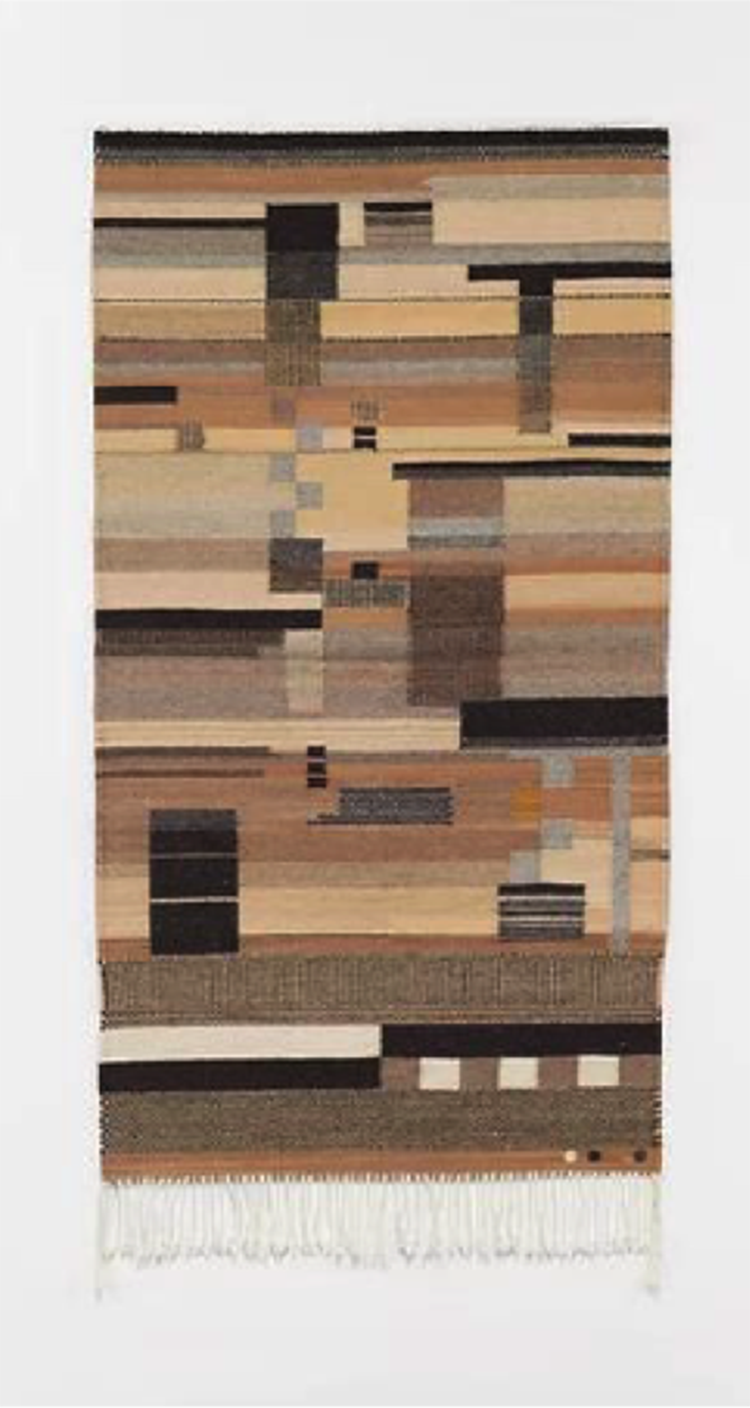 Born in Barcelona, Vicente Rojo was an important member of the Breakaway Generation which challenged the supremacy of Mexican muralism and became one of the influential abstract artists of the postwar period. He was a painter, graphic designer, sculptor, and publisher whose work explores the modern vision of Mexico. 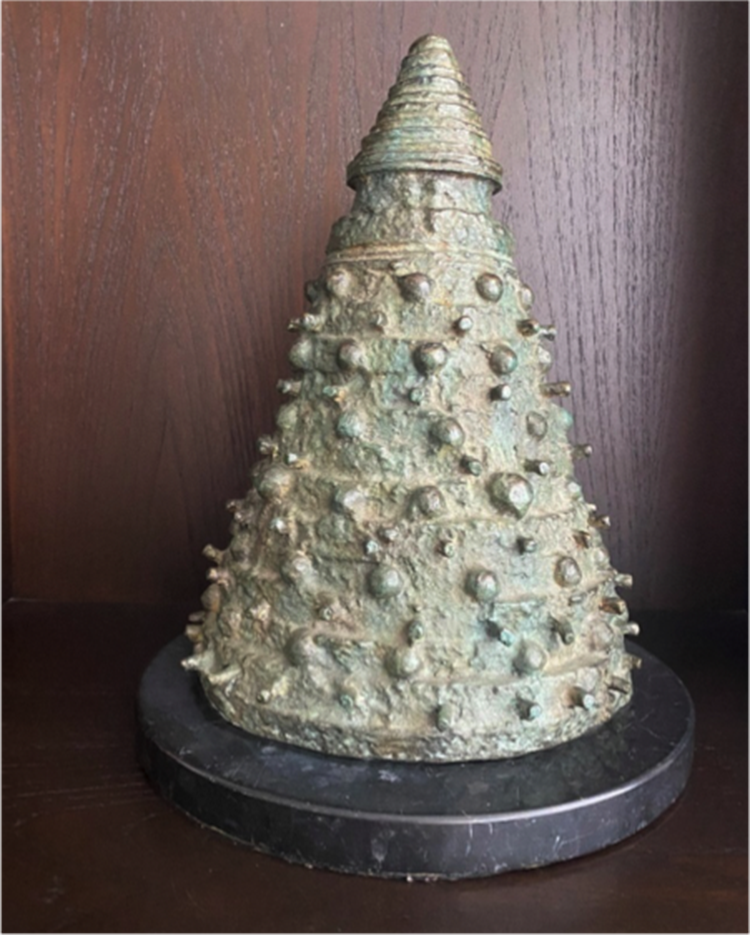 Alamilla is a Mexican artist who graduated from La Esmeralda, the National School of Painting, Sculpture, and Printmaking in Mexico City where he later was a drawing, painting, and composition professor. Alamilla received the National Institute of Fine Arts (INBA) drawing and graphic production grant, and since 1993 he has served as member of the National System of Creators.

José Luis Cuevas was a Mexican painter, draftsman, and sculptor recognized for his neo-figurative ink and pencil drawings and surrealist portraiture. Cuevas was an integral part of the Breakaway Generation during the 1950s, believing Mexican muralism was overly mainstream and partial towards the government. 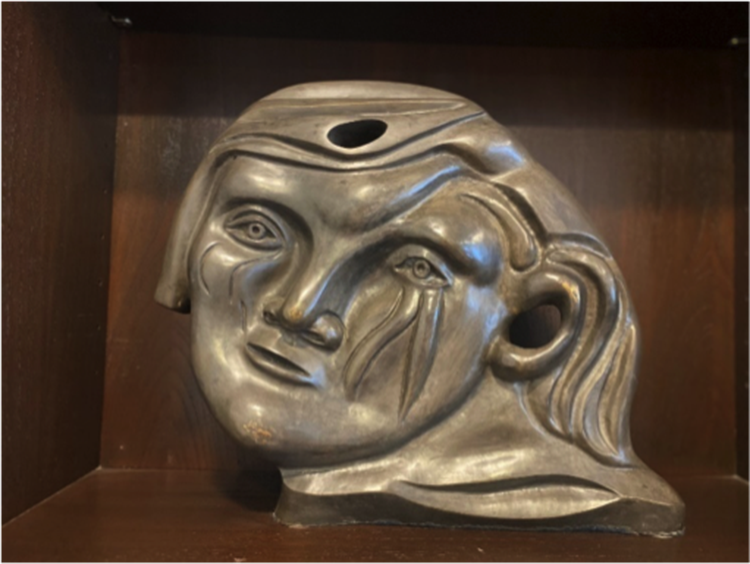 Martina Adame was born in the small village of Maxela (a Nahua community in Guerrero, Mexico) which, over the past twenty years, has seen the development of a whole class of women painters, within the regional movement of ethnic amate painting. 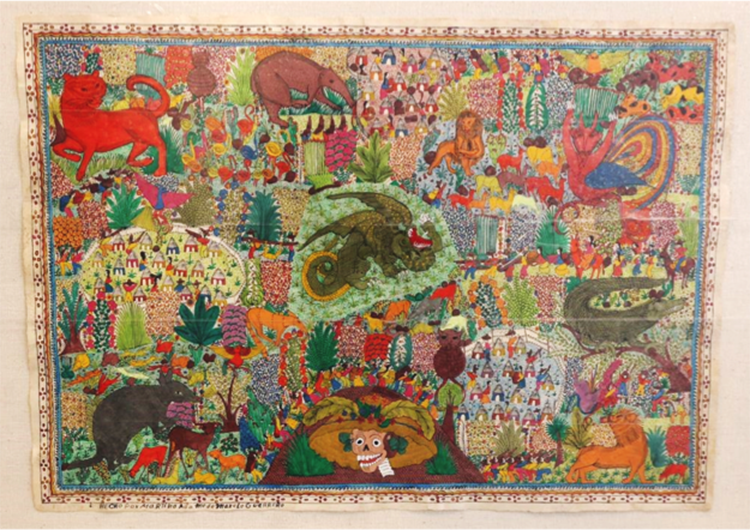 The Power of Women

Rick Ortega is a Chicano artist born in San Fernando, California. His artwork transcends time and takes us on a mystical journey into an ancient way of life. His paintings disclose indigenous symbols from Mexico’s past, myths, legends, and spiritual beliefs of the Aztecs. 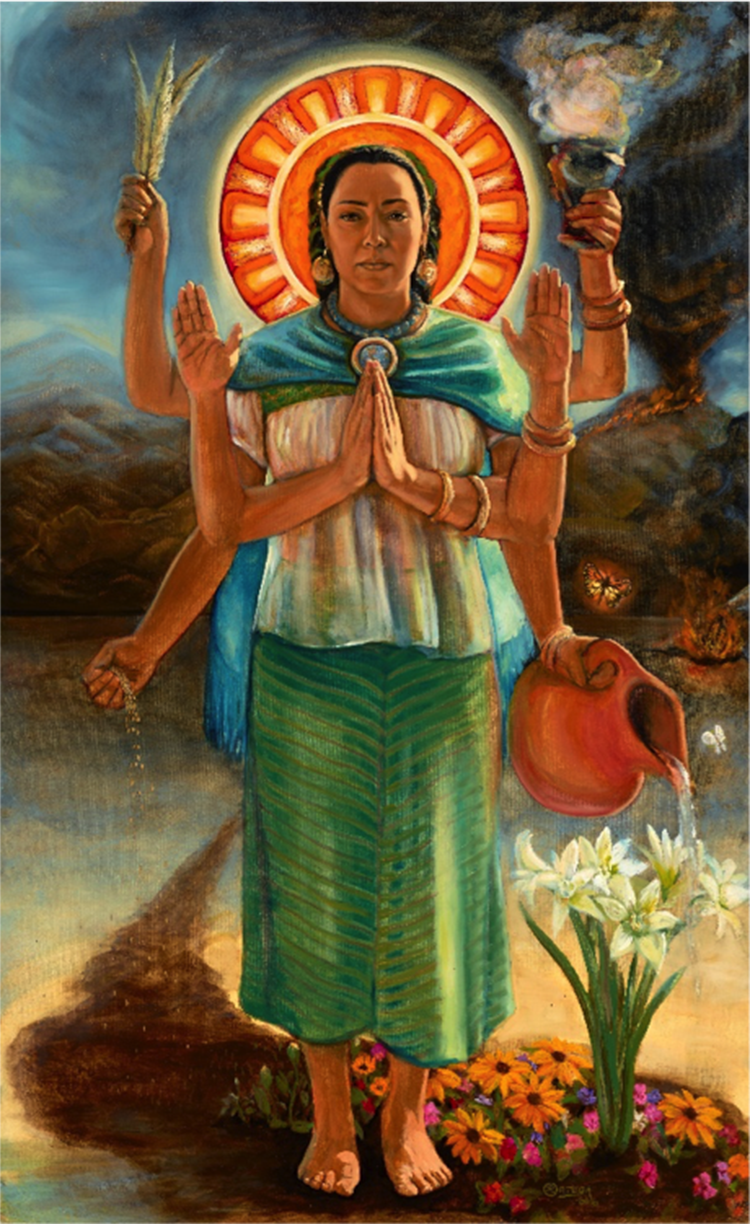 A native of Kingsville, Texas, Santa Contreras Barraza is a contemporary Chicana/Tejana artist and founder of Barraza Fine Art, LLC, a gallery and studio committed to furthering the appreciation of the visual arts in the Borderlands and among isolated, rural populations by showcasing creative talent. 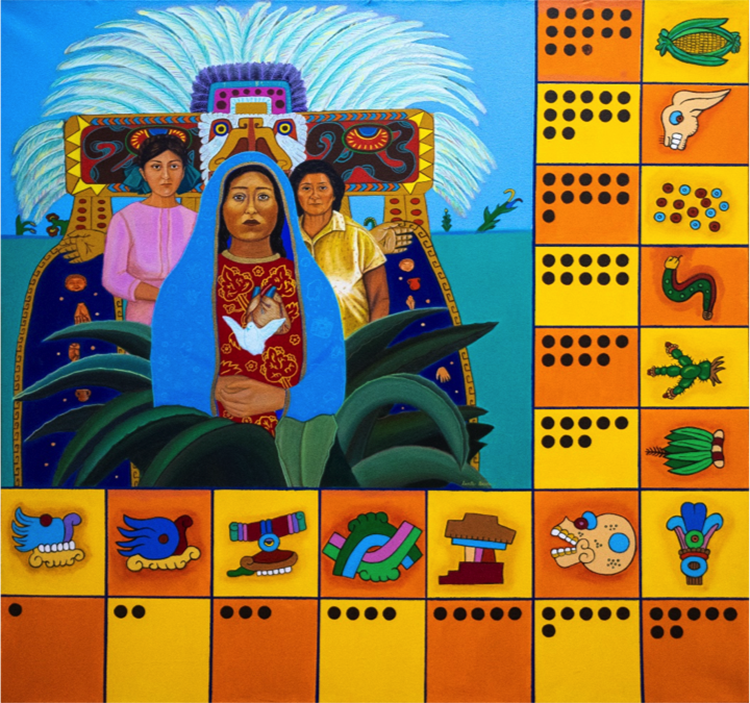 Malaquías Montoya was born in 1938 in Albuquerque, New Mexico and raised in California’s San Joaquin Valley. He graduated from the University of California, Berkeley in 1969 and has lectured and taught at numerous colleges and universities. 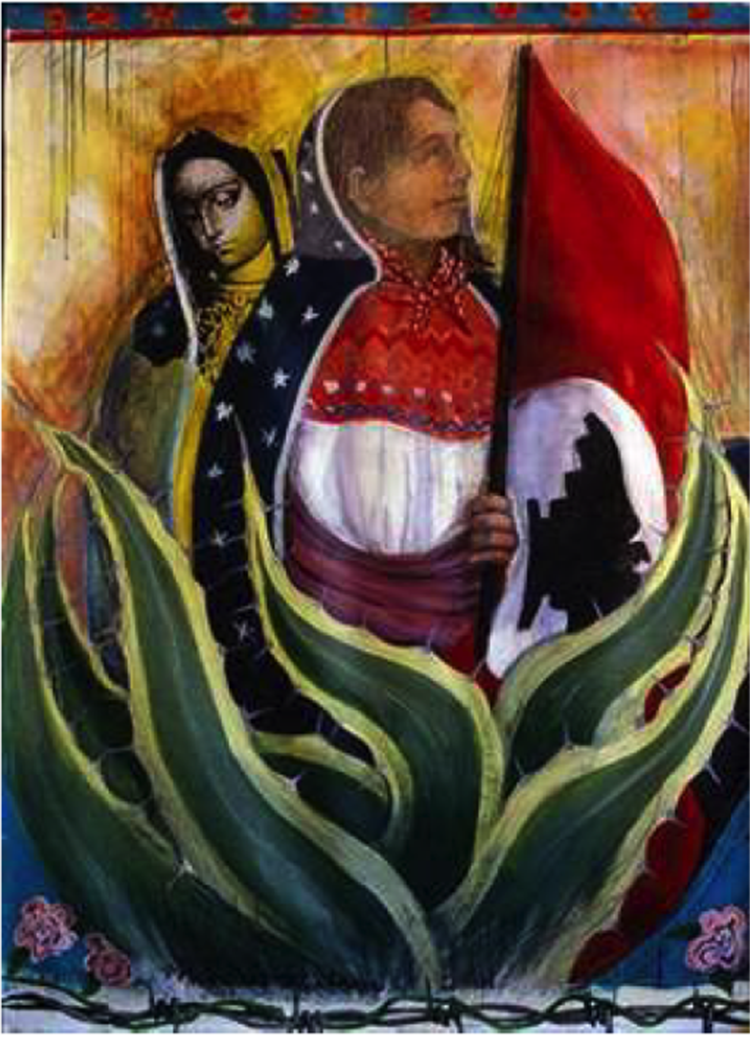 Sierra was a Mexican feminist artist disciple of Swiss-born figurative artist Roger von Gunten in the early 1960s. After studying art history in Italy and France, and then philosophy and pre-Hispanic art, she graduated in 1976 from La Esmeralda in Mexico City. She specialized in action painting and romantic abstraction.

The Wall of Dreams – Artists