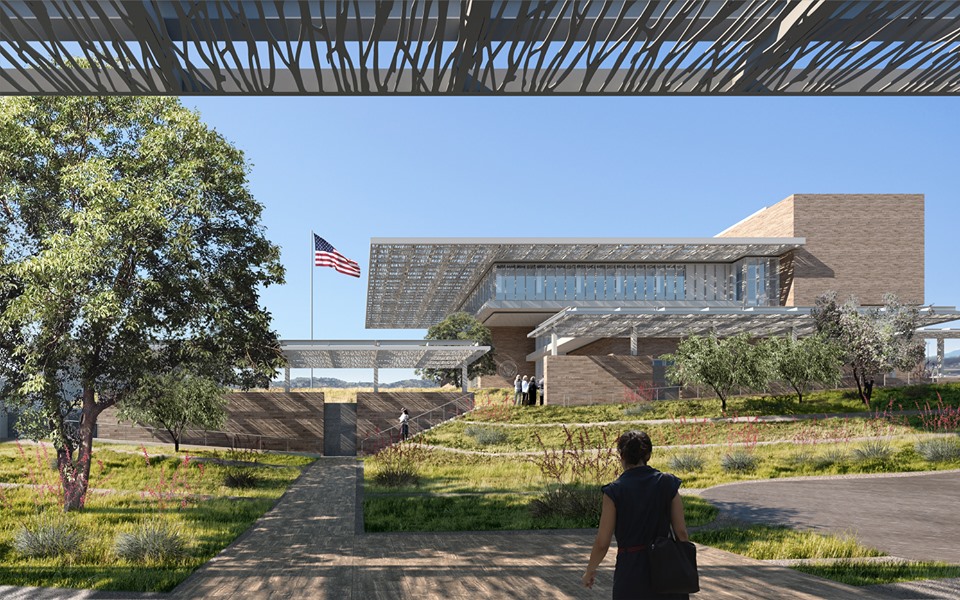 Nogales is located 60 miles south of Tucson, Arizona and 140 miles north of Hermosillo, Sonora on the Arizona-Sonora Border. The city of Nogales was officially founded in 1882 along a north-south rail line to promote trade between the United States and Mexico. The name “Nogales” refers to a now extinct stand of black walnut trees found in nearby hills, most of which are still covered with a native oak.

A U.S. Consular Agency in Nogales was established in 1884. It was closed for budgetary reasons in 1970 but reopened in 1998. It was upgraded to a consulate in 1889 with the arrival of Consul Delos H. Smith. Our mission was upgraded to Consulate General in 2012.

Long a vital entry point into the US from western and northern Mexico, Nogales has grown in the past 40 years from a pleasant small town to a booming factory town, its growth fueled by maquiladora factories which assemble primarily US made parts into goods exported around the world. There are over 100 factories in Nogales, and another 50-100 in other border communities along the Arizona/Sonora border. These factories have caused tremendous growth with many residents of central and southern Mexico moving north to seek employment. These factories account for 39,000 jobs in Nogales, and another 35,000 elsewhere in the consular district. The fresh produce industry has also grown tremendously with 60% of all winter produce consumed in the US and Canada passing through Nogales, Sonora and processed in Nogales, Arizona. Most of the produce comes from areas in Sonora and Sinaloa. Cattle ranching, mining and small farms still comprise an important part of the economy of the region. Nogales is also a major border crossing for Americans going south for the winter into Mexico and to the Pacific beaches year-round.

Sonora has traditionally been a relatively prosperous state with a well-developed middle class. The capital of Sonora, Hermosillo, is a bustling and growing commercial and industrial center of almost a million people. Official estimates put the population of Nogales at 212,000 but it continues to grow. Agua Prieta and San Luis Rio Colorado, two other important border cities in this consular district are also large and growing. Puerto Peñasco, a shrimp fishing port and vacation destination for Arizonans located at the top of the Gulf of California, has become a major resort and residence for Americans.

Normal Business Hours:
Monday through Friday from 8:00 am to 5:00 pm except U.S. and Mexican Holidays.