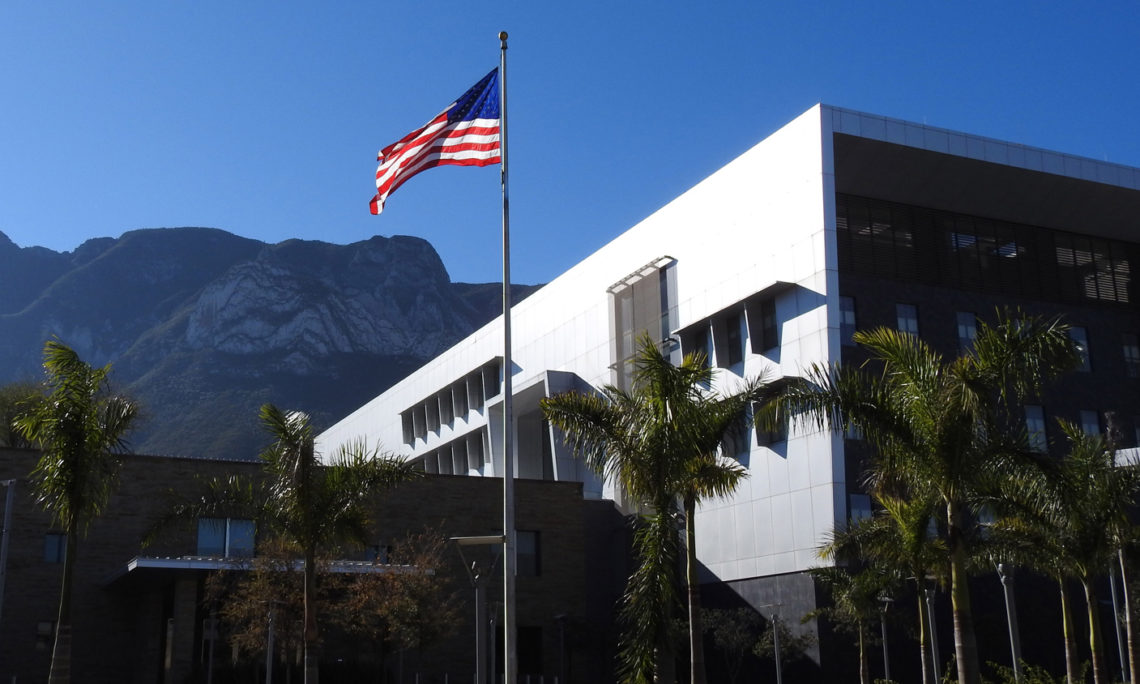 The Consulate General in Monterrey is one of the largest and busiest consulates in the world.  The Monterrey consular district, includes Nuevo Leon, Durango, Zacatecas, San Luis Potosí and most of Coahuila. This district has nearly 13 million inhabitants and is nearly the size of Texas.

The U.S. Consulate General is located at:

Business Hours
The U.S. Citizen Services Unit is available to the public 8:00 am through 5:00 pm, Monday through Friday, excluding U.S. and Mexican holidays.
The Consulate General’s ACS Unit can also be reached by filling our our contact form.