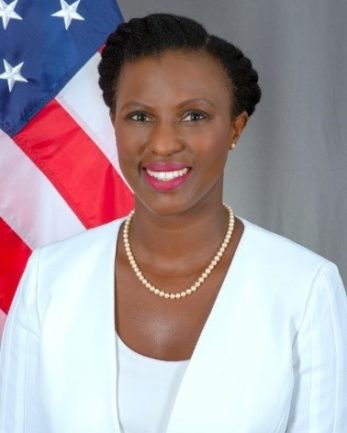 Neda joined the U.S. diplomatic corps in 2003 and has served as Deputy Press Advisor and Spokesperson for the Bureau of Western Hemisphere Affairs, Media Relations Officer at the Foreign Press Center in New York City, at the White House Situation Room, and at the State Department’s Operations Center. Neda also served overseas at the U.S. Embassies in Colombia and the Dominican Republic.

While Neda was born in Atlanta, Georgia, she lived in Mississippi, Guam, Michigan, Alaska, and Utah before moving to San Antonio, Texas where she completed high school.  Neda graduated from Bennett College with a B.A. in political science and earned an M.A. in Law and Diplomacy from the Fletcher School at Tufts.

The U.S. Consulate General in Matamoros is closed for both American and Mexican holidays. Click here for a current list of consulate holidays..