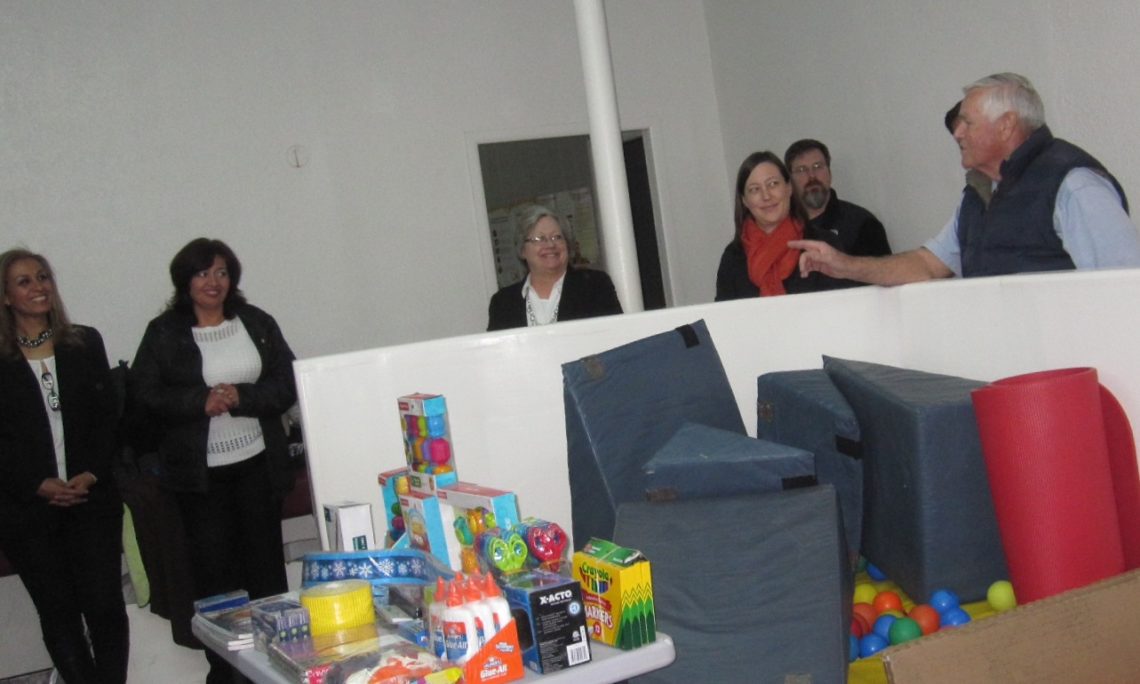 Donation of furniture and school supplies

U.S. Consul General Ian Brownlee personally attended the ceremony to deliver the donated items.  The donation was part of USNORTHCOM’s Humanitarian Assistance Program to help strengthen communities around the world.  The donated items will improve the quality of early intervention services provided by La Gaviota to infants and children with developmental disabilities and their families.

“We hope this support from U.S. Northern Command serves to reinforce the work you do every day at La Gaviota.  We are pleased to strengthen the mission of La Gaviota to inspire people with disabilities to live a full and successful life,” said Consul General Ian Brownlee in his remarks.  And he added, “For your work, you are champions of change and thanks to you, these little children will be, too, in the future.”

The USNORTHCOM Humanitarian Assistance Program started in 2007 and has partnered with numerous government agencies supporting more than 40 projects in México since its inception.  USNORTHCOM made a similar humanitarian donation earlier this year to support the campaign Donando Amor sin Fronteras in Ciudad Juárez.