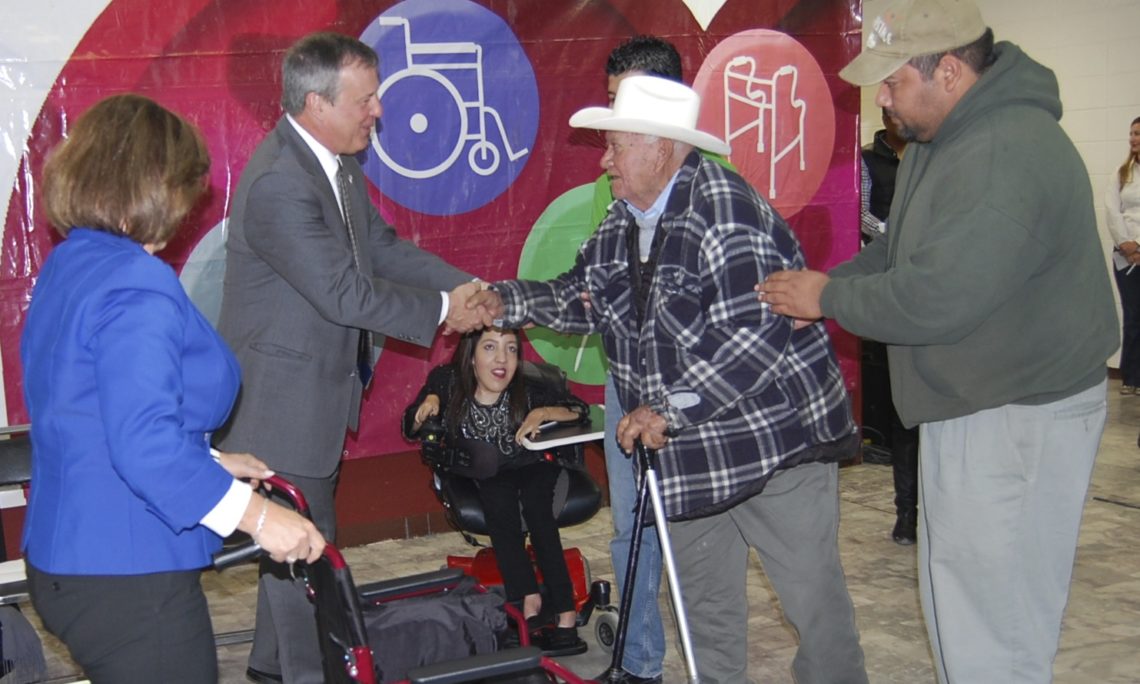 As part of the U.S. Mission continuing efforts to strengthen communities, the U.S. Northern Command (USNORTHCOM), through its Humanitarian Assistance Program, donated 18 wheelchairs, 12 walkers and 25 canes for the visually impaired to Donating Love without Borders.

For the 4th year, the U.S. Consulate General in Ciudad Juárez takes part in this binational altruistic campaign that looks to help alleviate some of the problems of vulnerable people in this community by collecting orthopedic equipment donations for Juarez residents in need.

In his remarks, Consul General Ian Brownlee praised the donors for their generosity, but also encouraged them to “incorporate people with disabilities and to promote a culture of equality.”

According to Chihuahua State Authorities, there are approximately 48,000 people with disabilities in Ciudad Juarez and at least 700 people are on wait lists for orthopedic equipment in any given year.  Through private and public donations, Donating Love without Borders will help more than 200 people this year.

The USNORTHCOM Humanitarian Assistance Program started in 2007 and has partnered with numerous government agencies supporting more than 40 projects in Mexico since its inception. This is the third year that they have partnered with the Chihuahua State Government to support Donating Love without Borders.