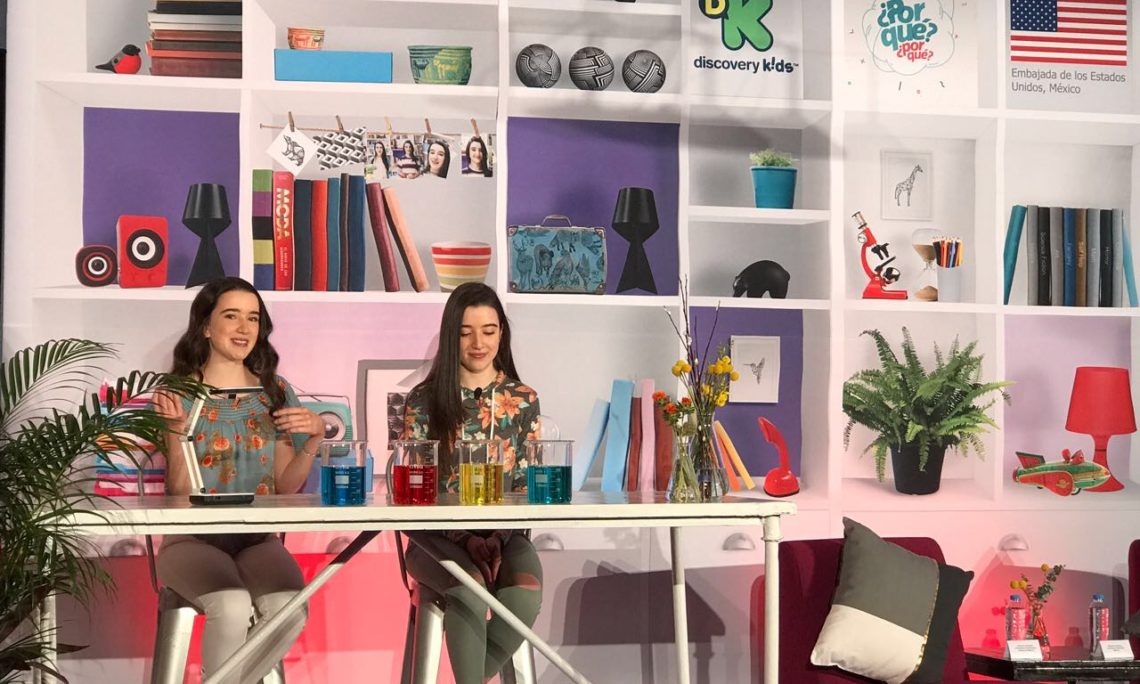 Mexico City, November 14, 2017—Discovery Kids and the United States Embassy in Mexico announced a partnership to promote Science, Technology, Engineering and Math education among 8-12 year-old girls through a series of short episodes titled “Why, oh why?” They will air in Discovery Kids in November. This joint venture between both organizations seeks to increase interest in science among children, and especially girls.

The short episodes are starred by Valeria and Miranda, twin sisters with a lot of curiosity who discover that science is present in everyday life. That is why they seek to explain the reason why things happen, including: why do planes fly? What makes hair frizz? Why mosquitoes float in a liquid surface? The twins explain to the audience in a simple and fun way topic like electrostatic, electromagnetism, aerodynamics and others.

In a total of ten, 3-minute episodes in video blog format Valeria and Miranda perform simple experiments in which they prove scientific theories. The goal is to invite girls to also perform such experiments, discover the fascinating world of science and understand the why behind many things.

Currently the participation of women in science is only 36 percent according to Mexico’s National System of Researchers, due to sociocultural issues that dissuade women from pursuing careers in science as they activities perceived to be proper for men. The interest in science and technology is greater among girls between 7 and 11, but it drops at age 15.

“For Discovery Kids it is very important to contribute in the development of our youth audience, and through this joint project with the U.S. Embassy, we are certain we will kindle the interest and curiosity for science among girls,” stated Miguel Cardenas, General Director of Discovery Networks Mexico.

Ambassador Jacobson sated, “It is very important to facilitate information and promote training in science, technology, engineering and math, and to understand its connection to everyday life in order to foster a scientific spirit. The collaboration with Discovery Kids shows in an easy, creative and fun way how science is present in our lives and incentivizes girls’ interest in these topics.”

Discovery Kids was in charge of the production of this miniseries through a grant from the United States government.