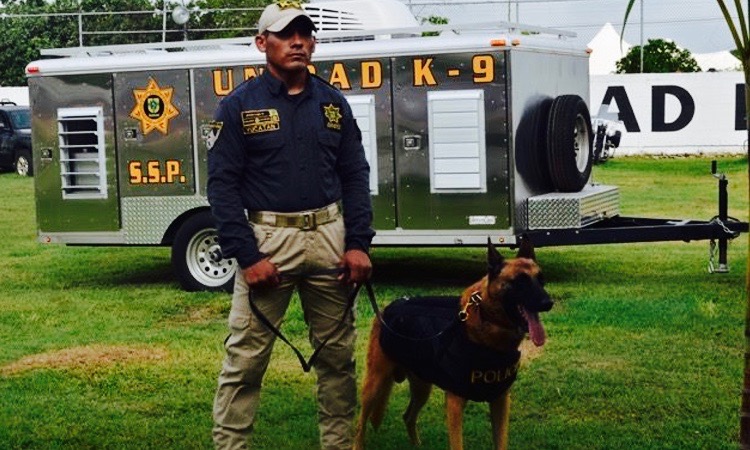 Mexico City, September 12, 2017 –  The United States Government, through the Mérida Initiative, delivered 25 detection canines to Mexican law enforcement agencies in nine Mexican states between August 30-September 1, 2017.  Under the Mérida Initiative, the U.S. government sponsored training in the United States for the canines and their handlers in the detection of weapons, narcotics, and currency.  The canines were donated to state public security, state prosecutors offices, and departments of corrections, where they will join their handlers and work together as canine teams in efforts to maintain security in Mexico.

The Mérida Initiative Border Security Program supports canine units in Mexico with the objective of strengthening the capabilities of law enforcement agencies in the fight against insecurity and organized crime and for border control at Mexican airports, maritime ports and land borders.  In addition to the selection and training of canines and their handlers, the program provides equipment and vehicles to ensure the welfare of the canines.  The program also promotes accreditation through the North American Police Working Dogs Association (NAPWDA) for directors, handlers and veterinarians within canine units.

The Mérida Initiative’s canine program works in coordination with Mexican security and justice agencies to determine their needs and provide appropriate assistance.  Since 2008, under the Mérida Initiative the U.S. government has delivered more than 300 detection canines to the Mexican government.  In May of this year, 30 canines trained in Colombia in the detection of narcotics, weapons, and currency were donated to Tax and Customs Ministry.  In July, 30 canines were donated to the Federal Police and 33 canines were donated to the Attorney General.