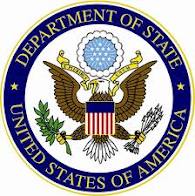 As part of a new interagency effort to apprehend drug trafficker Adelmo Niebla-Gonzalez, the State Department is offering up to $5 million for information leading to his arrest and/or conviction.

This reward is offered under the Bureau of International Narcotics and Law Enforcement Affairs’ (INL) Narcotics Rewards Program (NRP). More than 67 major narcotics traffickers have been brought to justice under the NRP since it began in 1986.   The Department of State has paid more than $108 million in rewards for information leading to those apprehensions.

The Department of State works around the world to stop the supply of drugs headed to our nation, and to build international cooperation to combat criminal transnational drug traffickers.