Home Página Inicial / News & Events / Day 12 for Equality: Leave No One Behind – Conference in Ciudad Juarez 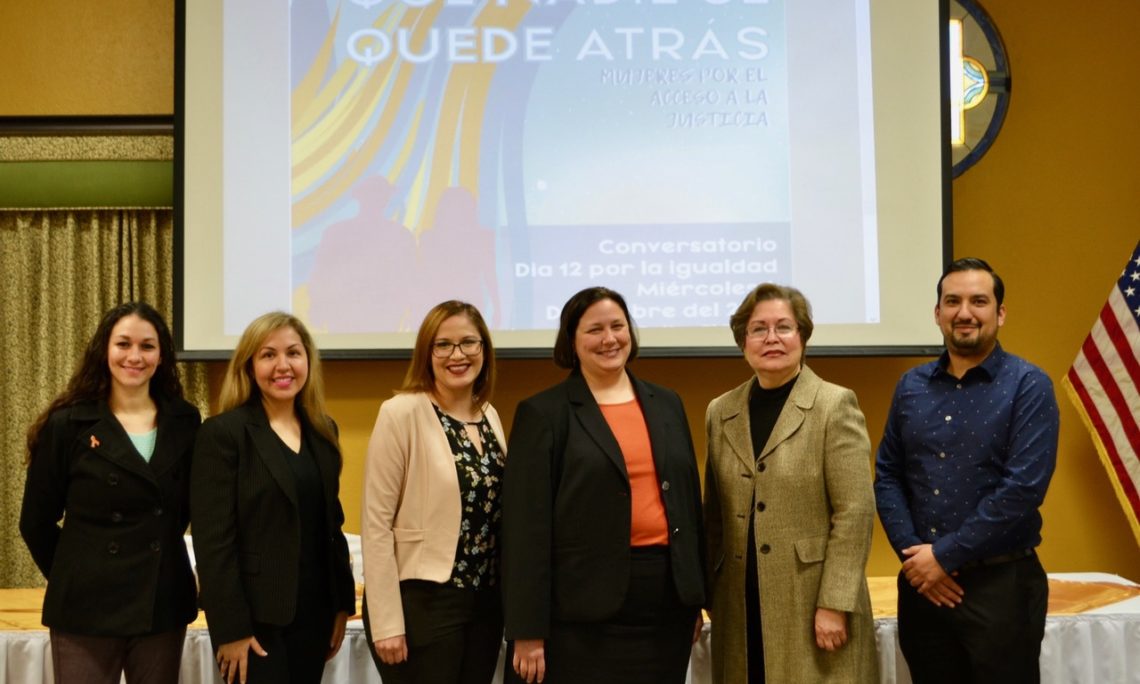 16 Days of Activism against Gender-Based Violence

As part of the annual “16 Days of Activism against Gender-Based Violence” campaign, local NGO Compañeros A.C. – with the support of the U.S. Consulate General in Ciudad Juarez – held the conference entitled “Day 12 for Equality: Leave No One Behind”.

The conference addressed the fact that worldwide it is estimated that 1-in-3 women suffers some sort of physical, sexual, or psychological abuse over the course of their lives. According to the World Health Organization, at least 30 percent of women globally have experienced such violence at the hands of a partner.

As part of the event, Claudia Salazar of Compañeros A.C. inaugurated a project called “Women in Vulnerable Conditions: An Educational Project on the New Criminal Justice System” that will be implemented during the following year. This project is the result of a grant offered by the U.S. Consulate General and the Bureau of International Narcotics and Law Enforcement Affairs (INL).

Consul General Daria L. Darnell delivered remarks at the event and highlighted the importance of this project, saying that “the United States is committed to promoting gender equality, and the prosperity of women and girls, as a necessary priority for social, political and economic development.”  She likewise added the importance for all of us “to make better use of the justice system and develop a culture of lawfulness where those who are most vulnerable are protected.”

Zulema Ramírez, project facilitator for Companeros A.C., celebrated this program as one that “will benefit one of the most vulnerable sectors of women still suffering from violence.”

Representatives from CONAVIM, the Women’s Institute of the Municipality of Juarez, the Red Mesa de Mujeres, CEJUM, ICHMujeres, and Programa Compañeros also conducted a talk about the opportunities and challenges for the implementation of the General Law on Women’s Access to a Life Free of Violence.

Regarding this issue, the experts highlighted the importance of promoting gender equality as one avenue to guarantee lives free of violence for women, and talked about how this favors the development and well-being of their communities. They similarly noted that working jointly between government institutions and NGOs is crucial for improving addressing impunity.