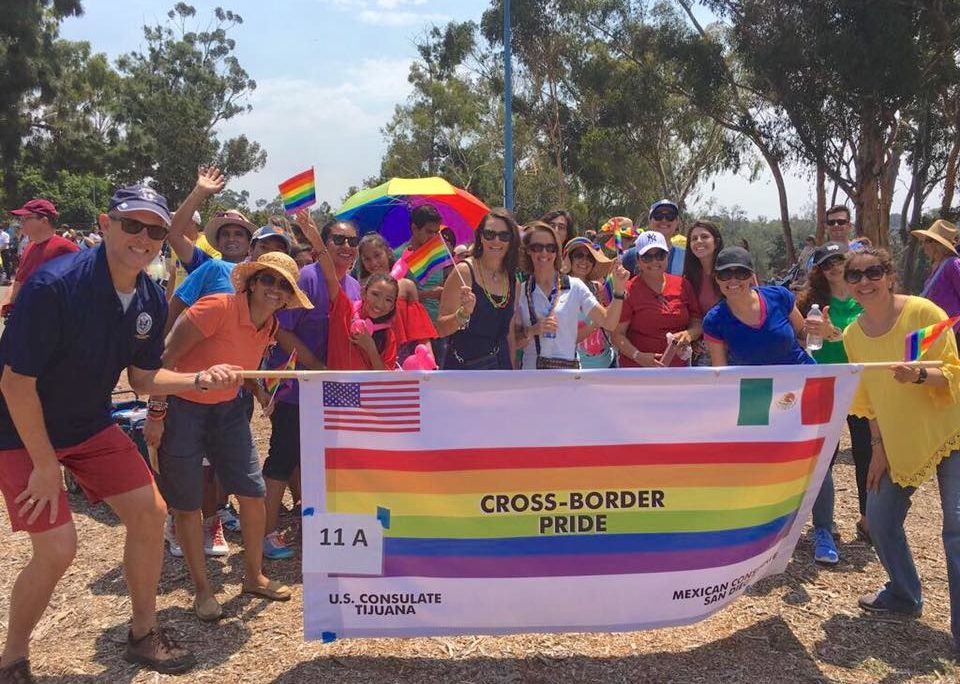 The U.S. Consulate in Tijuana joined forces with the Mexican Consulate in San Diego to participate in San Diego’s prominent annual Pride parade on July 15. Consul General Will Ostick led the U.S. half of the contingent, and Consul General Marcela Celorio led the Mexican half. Both were joined by diplomats, local staff, families, and friends from both countries as a demonstration of support for human rights and dignity for all.