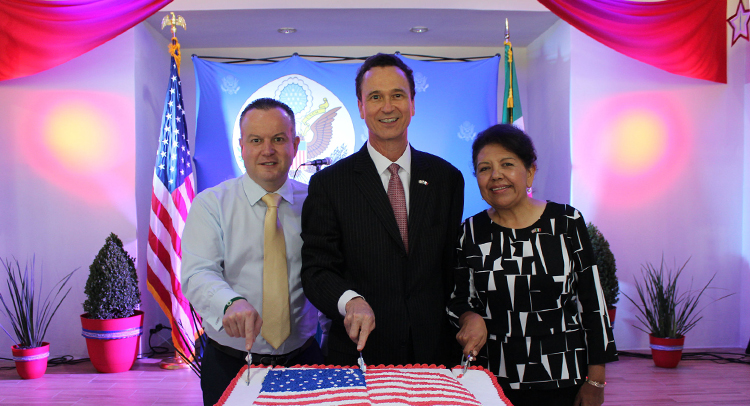 Consulate General Nuevo Laredo celebrated Independence Day with a reception on June 30. Consul General Phillip Linderman welcomed about 190 guests to celebrate the 240th anniversary of the signing of the United States Declaration of Independence. The event took place at Club Campestre in Nuevo Laredo, where friends and associates who work in partnership with the Consulate General as well as business and government leaders helped commemorated the 4th of July. Guests included Carlos Canturosas, Mayor of Nuevo Laredo and Carolina Zaragoza, Mexican Consul in Laredo. In his remarks, Consul General Linderman focused on economic development and border trade and reinforced brotherly ties between the two nations as well as shared values and a vision for the future of the two Laredos.  More pictures can be found: USCG Nuevo Laredo Flickr