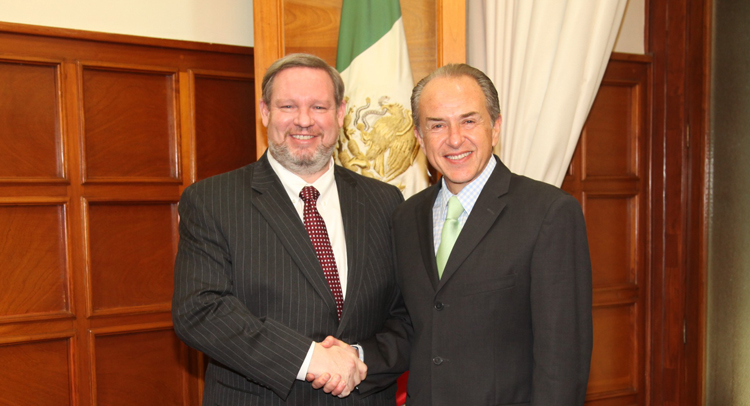 In his recent visit to San Luis Potosi in February 2016, Consul General Timothy Zúñiga-Brown was welcomed by the Governor of San Luis Potosi, Juan Manuel Lopez Carreras. The two officials discussed the economic, cultural, and educational potential of the state. At the meeting, they also talked about the activities in the state sponsored by the consulate and the U.S. Embassy, including the workshop offered by the consulate to NGOs in San Luis Potosí concerning grants to support community projects.

The Consul General also met with the rector of the Autonomous University of San Luis Potosi, Manuel Villar Fermín Rubio, who he congratulated for the way the university is working to position itself in the field of higher education in Mexico and applauded its relations with institutions of higher education in the United States.

San Luis Potosi is one of the five states covered by this consulate, the others being Coahuila, Durango, Nuevo Leon and Zacatecas.