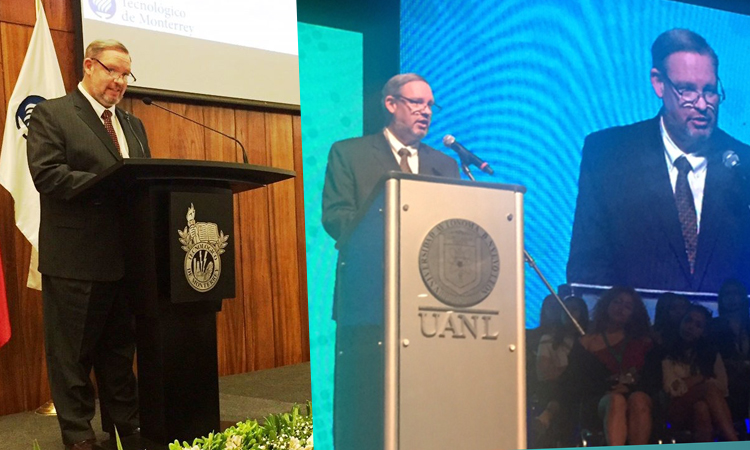 Consul General Timothy Timothy Zuñiga-Brown was invited to give remarks at two of Monterrey’s major universities during the week of April 3, 2017.

On April 4, the Consul General offered the presentation, “Diplomacy of the United States in the World and the Bilateral Relationship with Mexico” and answered questions from students in attendance. The event was held at the International Relations and Political Science facilities of the Monterrey Institute of Technology and Higher Studies (Tec de Monterrey) facilities during the Monterrey Summit on Diplomatic and Consular Law.  Also attending the summit were the honorary consuls of France and the British Consulate.

Later in the week, during the Fifth National Congress of the Faculty of Political Sciences and Public Administration of the Autonomous University of Nuevo León “Motor of Mexico 2017” held on April 5, the Consul General presented another speech with hundreds of students and community members in attendance. Highlighting the bilateral relationship, the principal officer of the Consulate General in Monterrey emphasized the diverse cultural, educational, economic, and social ties that the two countries share.