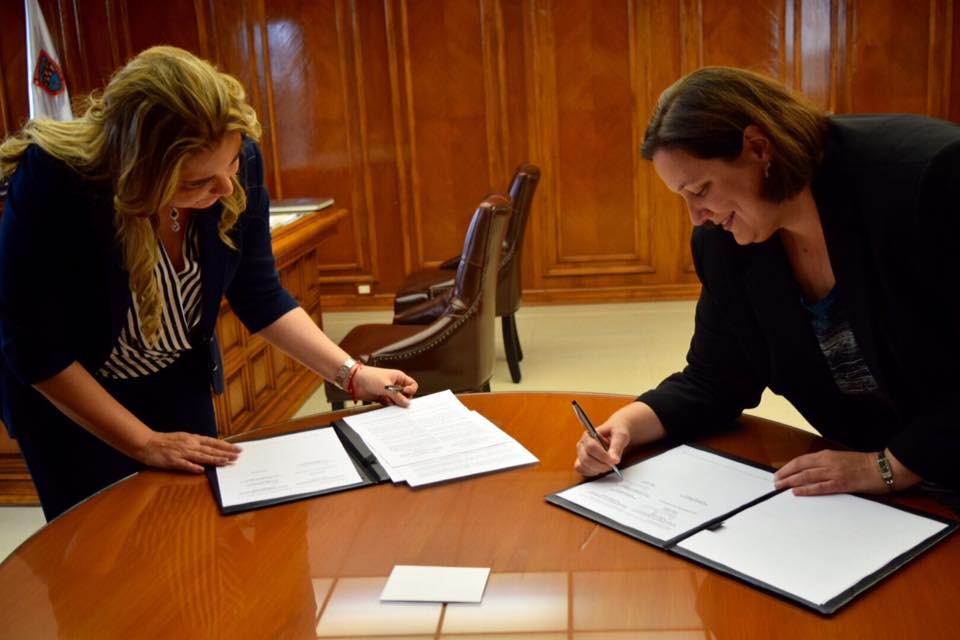 On November 9, the U.S. Consul General in Ciudad Juarez Daria L. Darnell met with the Mayor of the city of Chihuahua Maria Eugenia Campos to renew the memorandum of understanding that allows the operation of the Benjamin Franklin Corner located in the Mediateca Municipal in the city of Chihuahua.

The Benjamin Franklin Corner was inaugurated on November 18, 2009.  The center provides information on the United States and is a space that seeks to foster mutual understanding and ties of friendship and collaboration between Mexico and the United States through a collection of books, magazines, videos, multimedia resources and events for the community in general.

This year, the Benjamin Franklin Corner incorporated a makerspace, a new free interactive collaboration space for creators and innovators, which includes laptops, work tables, power tools, software and electronic open-source tablets. Inside the Benjamin Franklin Corner there is an EducationUSA Advising Center that offers information to people in Chihuahua who want to study in the United States.

The Benjamin Franklin Corner is located on the second floor of the Mediateca Municipal, at Teofilo Borunda and Independencia in the city of Chihuahua. It is open Monday to Friday from 10:00 a.m. to 6:00 p.m. All services are offered free of charge.