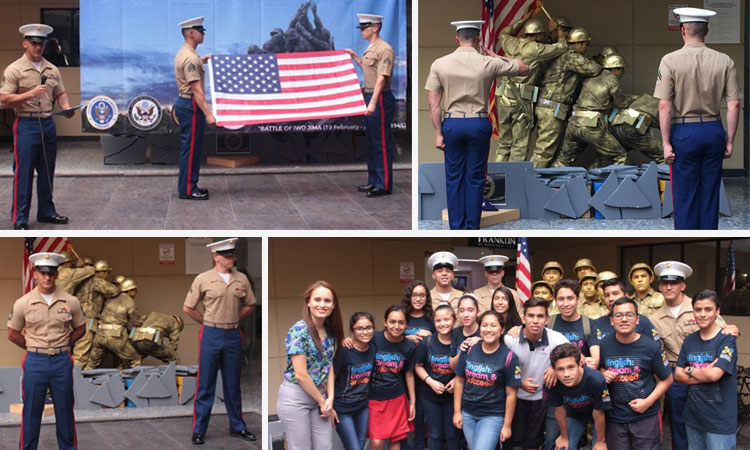 Monterrey, NL May 31, 2017 – Memorial Day:  During a ceremony with 90 students of the English Access program at Monterrey’s binational center, we honored those who died while serving in the country’s armed forces. The Consulate General Marine Corps Detachment conducted a demonstration and explained the symbolism behind folding the U.S. flag. In honor of the heroes of Iwo Jima, students of the binational center recreated the image of the six Marines who raised the U.S. flag over the Pacific island as it was being retaken by U.S. forces during one of the bloodiest battles of World War II. Memorial Day is observed in the United States the last Monday of May.