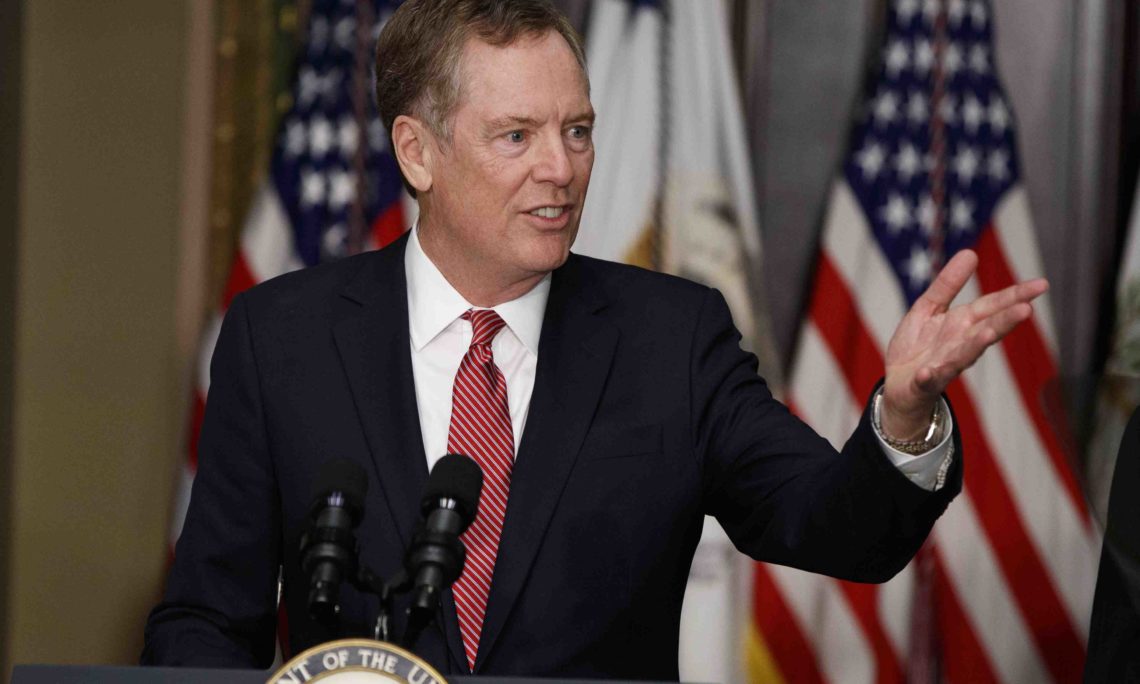 First, thank you Minister Freeland, Canadian government officials as well as Canadian citizens for the welcome and hospitality you have provided to us in hosting this third round.

I would like to also offer the thoughts and prayers of Americans for our friends in Mexico who are dealing with these terrible earthquakes. Mexico, of course, is a great and strong country, and we are sure that you will have the resilience to rebuild stronger and better than ever. But it’s a very tough time, and the United States is pleased to help, as well as our thoughts and prayers.

It is fitting that we have been negotiating here in Ottawa – a city known for its rich history in trade. Canada is celebrating 150 years in 2017, but for thousands of years the Ottawa River Valley has been a center of trade, and the present capital city is now also a center for trade policy. So it’s a special honor to be here in Ottawa.

Here at the close of round three of these negotiations, I join Minister Freeland and Secretary Guajardo in welcoming the progress that was made to this point.

I also join them in thanking the six or seven hundred people from our three governments who have been working of this issue. And I think it’s important for everyone to realize just how big this is. This is hundreds and hundreds of pages of very technical, technical work that covers really almost the entire of all of our economies, in one way or another. And there’s six or seven hundred people working weekends and very long hours to get to where we are, and they are dedicated to continuing until we get to the end of the process.

I also echo my counterparts’ remarks on closing the chapter on Small- and Medium- sized Enterprises. These businesses are the engines that drive each of our economies. They represent great ingenuity and hard work, turning businesses into dreams and into reality. They employ millions of our citizens. And, when they look to trade internationally, they first look to trading in North America.

So it’s very, very important that we completed this chapter.

Additionally, significant progress continues to be made in numerous other areas, including competition policy, digital trade, State Owned Enterprises, sanitary and phytosanitary measures, customs, and telecommunications. But of course, there is an enormous amount of work to be done, including on some very difficult and contentious issues.

We continue to push for ways that will reduce the U.S. trade deficit. We are committed to a substantial renegotiation that reinvigorates U.S. industry and ensures reciprocal market access for American farmers, ranchers, and businesses.

The negotiations are continuing at an unprecedented pace, and the United States looks forward to hosting the next round in Washington, DC in about two weeks.

Minister Freeland, Secretary Guajardo – thank you both for your continued engagement in the NAFTA renegotiation process. I am hoping that our countries are capable of producing a new NAFTA that will fuel economic growth for all of us in North America in the years to come.