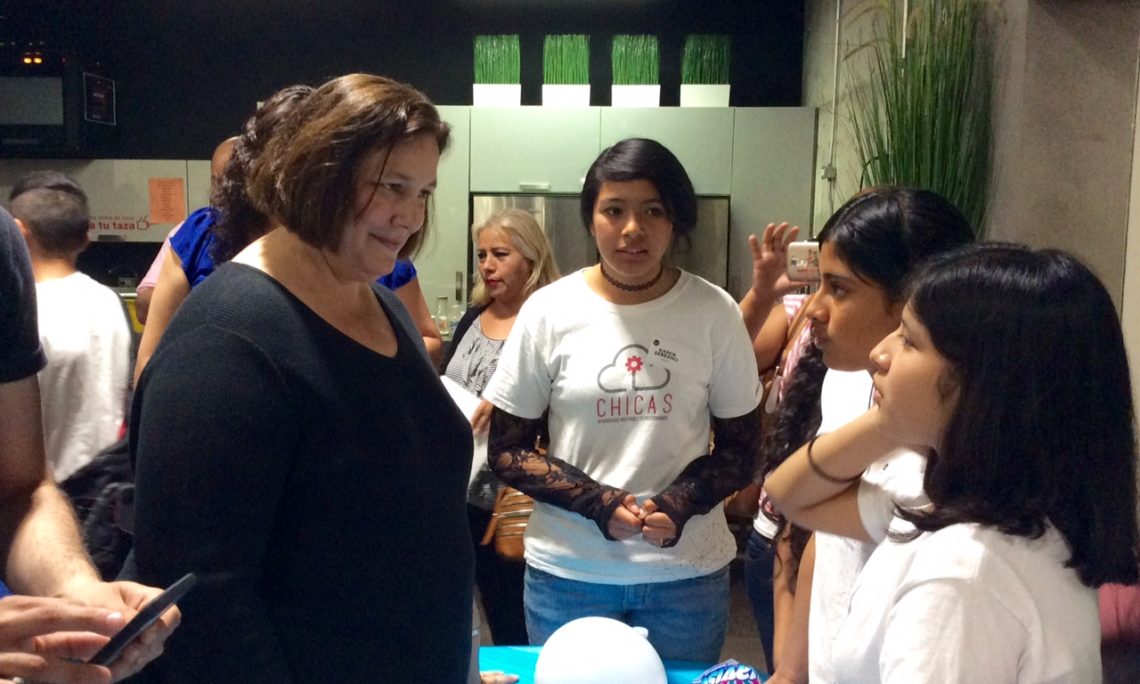 The ChicasSTEM closing ceremony was held Saturday, April 22 at the Technology Hub in Ciudad Juarez. “ChicasSTEM came about as a result of our desire to encourage young women to pursue their passion for the STEM fields – science, technology, engineering, and math,” said U.S. Consul General Daria L. Darnell in her remarks. Thirty-five young women from Ciudad Juarez ages 12 to 16 completed the program. Guests from academia, civil society, and the private sector attended the event.

Over the course of a year, mentors from local NGO EduRobotica implemented the program, with the support of U.S.-based NGO Inquiry Facilitators. They led monthly sessions during which the young women learned about 3D design software, robotics, computer programming, and electronic and mechanical engineering.

As part of the closing ceremony, the ChicasSTEM participants presented seven science projects that were developed in groups using what they learned in the program. Projects included: an app to provide data on household and business water use; a website with interactive math lessons; digital tools for people suffering from depression; a robotic device to gather vital statistics before medical exams; a robotic device to aid in searches for survivors following natural disasters; a wheelchair for children that can communicate directly with emergency contacts; and an electronic console to assist people who suffer from sleep disorders.

Consul General Darnell encouraged the girls to continue combining their knowledge and passion for STEM with their compassion for doing good. U.S. Ambassador to Mexico Roberta Jacobson, who met the ChicasSTEM participants during her August 2016 visit to Ciudad Juarez, sent a video message where she noted, “I am sure that what you learned in ChicasSTEM will motivate you to become agents of change and that we will hear about your contributions to the development of Ciudad Juarez in the future.”