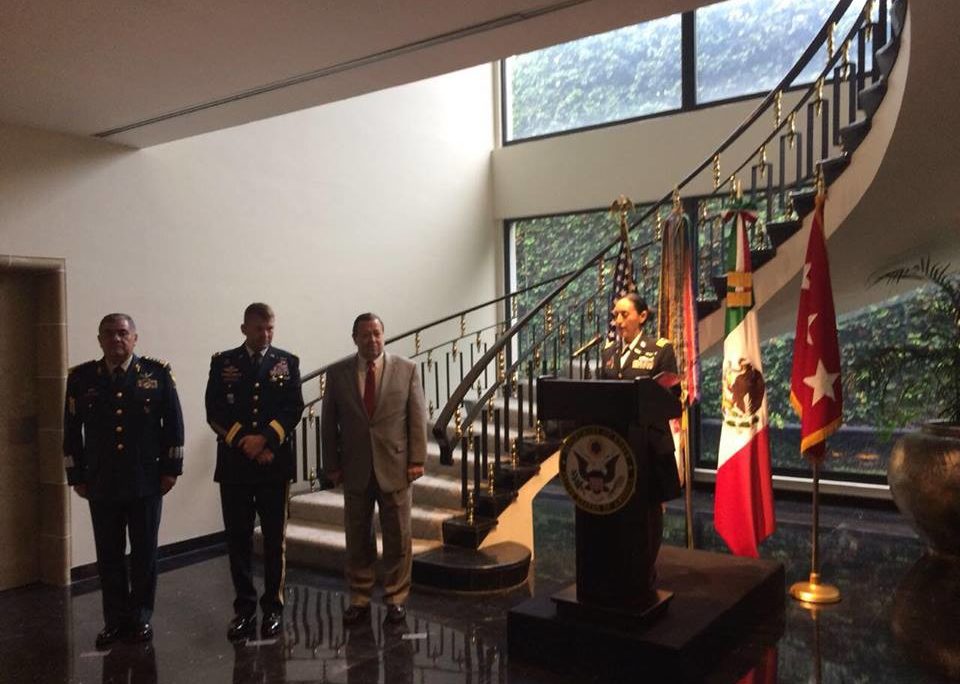 I am extremely pleased to welcome you all here tonight at our Chief of Mission Residence in Mexico.

We are honored to have so many esteemed guests with us this afternoon.

We are gathered here tonight to celebrate two hundred and forty three years of the U.S. Army’s faithful service to our great nation and to our people. America was built on courage and determination, and it is with those qualities that our brave men and women of the army have defended our country and made the U.S. Army the world’s premier fighting force.

With America’s participation in World War I, we forged strong customs and traditions binding all army professionals – past, present, and future. Today, the U.S. Army is an organization of 1.1 million soldiers with an incredible esprit de corps, and we as Americans honor and celebrate their contributions and sacrifices.

To our U.S. Army colleagues here today: you have much to be proud of. You are members of a force that has played a pivotal role in the growth and development of our nation throughout its history. You have defended the United States against terrorism. You have fought alongside our allies in foreign lands and have come to the aid and protection of other countries in times of natural disasters.

You did not do this alone. The U.S. Army succeeded with the support of many partners. Here in Mexico, that partnership includes the Mexican Army. So today, we also celebrate the strong bonds of friendship between the Mexican and the U.S. armies.

This partnership is on display annually with the Airborne Jump Exchange. This year it will take place in Anchorage, Alaska, and will include over one hundred soldiers from each service, demonstrating we can work together to protect and secure our region.

Once again, we thank you all for your steadfast commitment to the Army.