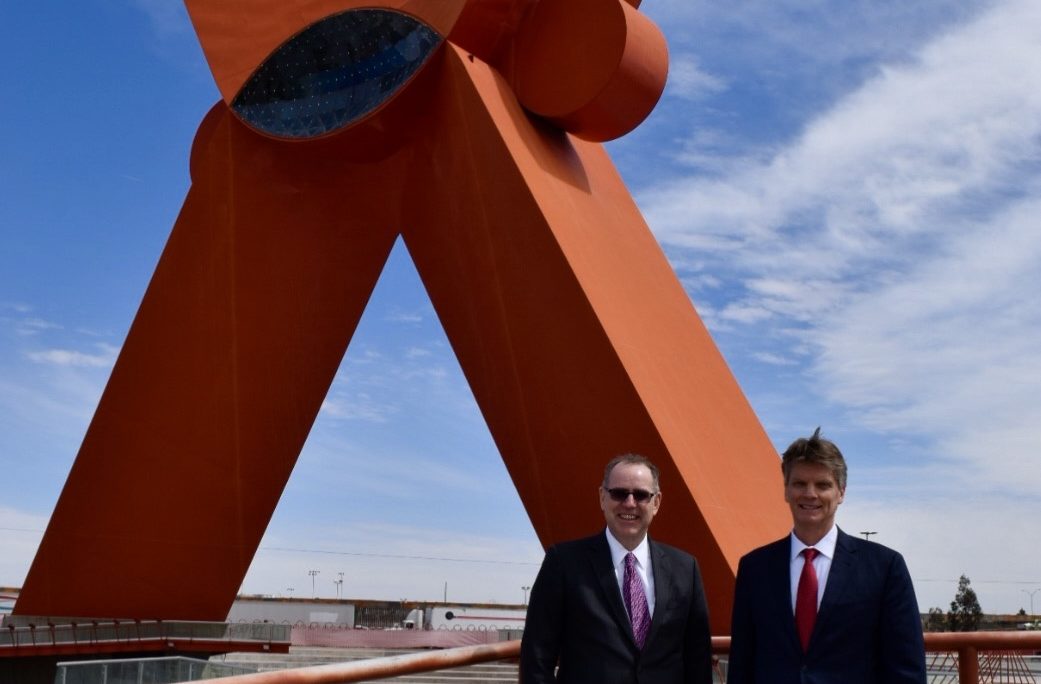 CDA Creamer at The X in Juarez

On March 14-15, the Chargé d’Affaires of the United States diplomatic mission in Mexico, John S. Creamer, visited Ciudad Juárez for the first time.

While in Ciudad Juarez, Creamer met with members of the Mesa de Seguridad.  He also met with Mayor Armando Cabada, with whom Creamer discussed the two countries’ mutual commitment to binational prosperity, security, and human rights.

Creamer likewise met with members of local civil society organizations and the National Institute of Migration to discuss the phenomenon of migration in the border region.

Finally, Creamer received a tour of the Technology Hub in Ciudad Juárez, where he learned of the facility’s broad slate of entrepreneurship and innovation activities and similarly applauded the binational reach of such initiatives.  A highlight of the tour was Creamer’s visit to the State System for the Creation and Development of Small and Medium Enterprises.  Also while at the Tech Hunt, Creamer talked with business leaders about regional economic trends.