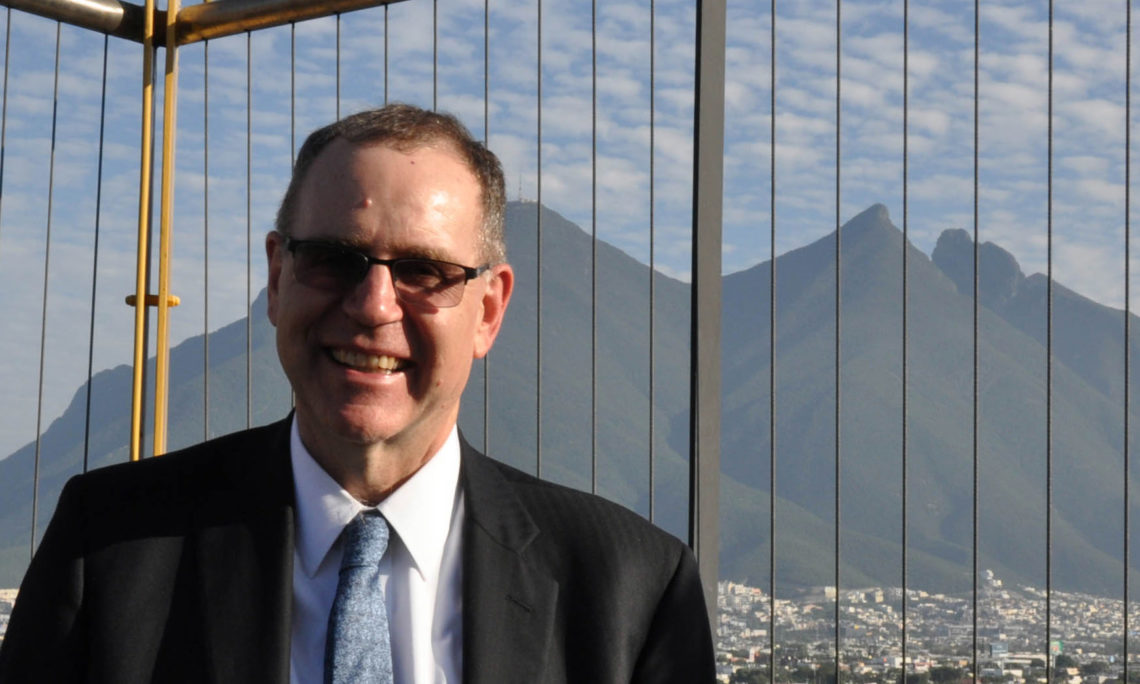 Monterrey, Nuevo Leon, November 6, 2018 – On his first visit to Monterrey, Chargé d’Affaires John Creamer remarked, “although I had heard about the entrepreneurial spirit, innovation, creativity and perseverance of Monterrey from afar, now it is tangible, being here with you.”

During his visit to Monterrey on November 5, the diplomat met with Nuevo Leon Governor Jaime Rodríguez Calderón and his team to discuss security, investment, and economic development, and other areas of bilateral cooperation between the United States and the northeastern region of Mexico.

He also met with representatives of the American Chamber of Commerce, who shared impressions about the recent USMCA between Mexico, the United States, and Canada, as well as observations about U.S investment in the region.

For his last stop of the day, the diplomat toured the Instituto Mexicano-Americano de Relaciones Culturales, a Consulate partner for many bilateral activities.  He met with English Access students, beneficiaries of a program that provides scholarships to young people with limited resources to study English and acquire computer skills, with the goal of increasing educational opportunities, opening doors to higher education and participation in international scholarship and student mobility programs.  Currently, the English Access has benefitted several cycles of student groups, reaching almost three thousand Mexican youth.  The Chargé d’Affaires also observed the “MakerSpace” at the Benjamin Franklin Library.