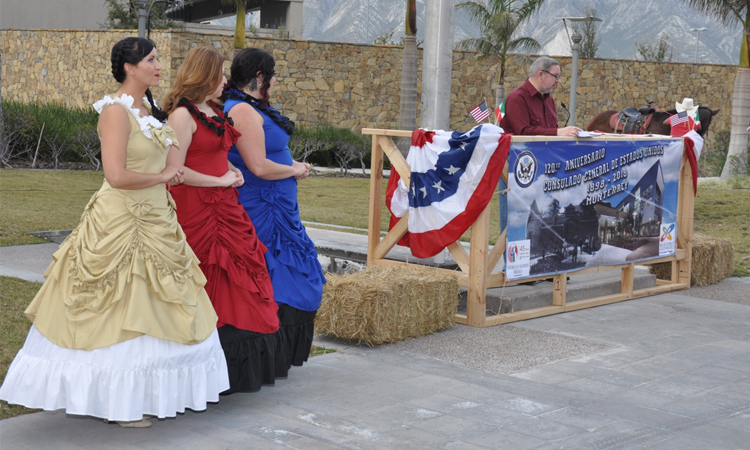 120th Anniversary of the U.S. Consulate in Monterey. Consul General Timothy Zúñiga-Brown during his speech at the celebration

February 1, 2018 – In a celebration that highlighted the historical and cultural ties between the people of northeastern Mexico and the United States, U. S. Consul General in Monterrey Timothy Zúñiga-Brown hosted an academic forum and fair to commemorate the 120th anniversary of this diplomatic post. More than 300 guests were received in the courtyard of the consulate by staff dressed in the style of the 1890s and enjoyed an event that included presentations on historical topics relating to the bilateral relationship, an exhibition of historical photographs of the consulate, a fair of 1890s with traditional games, music, dancing and barbecue. In a taped message, U.S. Ambassador Roberta Jacobson congratulated the consulate requesting distinguished guests to toast for another 120 years building strong relationships.

More photos of the celebration at: Flickr U.S. Consulate in Monterrey