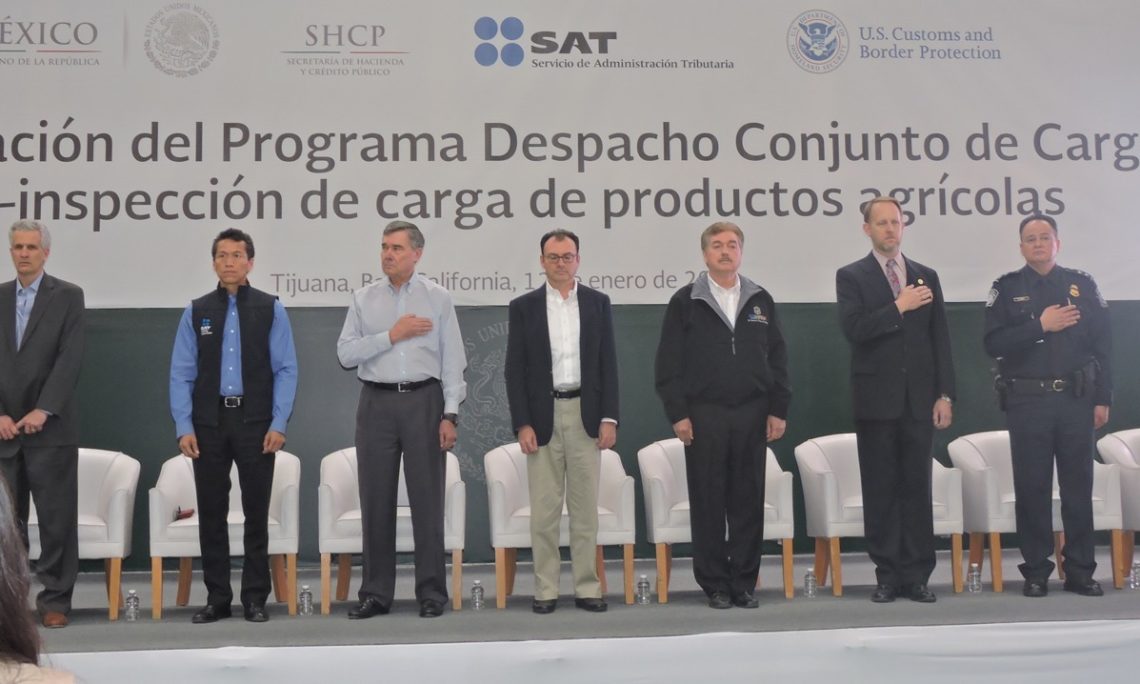 Under the Program, certain cargo is to be pre-inspected in Mexico prior to crossing the border into the United States in an effort to improve the flow of trade as well as reduce border wait times and transaction costs.  The event represents the shared commitment between the United States and Mexico to promote economic growth and prosperity between the two countries connected by more than just a shared border.

“Mexico and the United States are deeply connected – in trade, culture, and economic interests,” said Commissioner Kerlikowske. “Cargo Pre-Inspection is designed to improve the flow of trade by significantly reducing congestion and wait times, with shipments being inspected only once by both customs authorities together in the exporting country.”

The first Cargo Pre-Inspection Program pilot was established at the Laredo International Airport and began operations on October 15, 2015.  There, officials with the Mexican Tax Authority work with CBP officers to screen air cargo shipments for the automotive, electronics and aerospace industries that are destined to Mexico.  The third Program pilot at San Jeronimo, Chihuahua, Mexico, will focus on the pre-inspection of finished electronics shipped into the United States and is planned for inauguration in mid-2016.