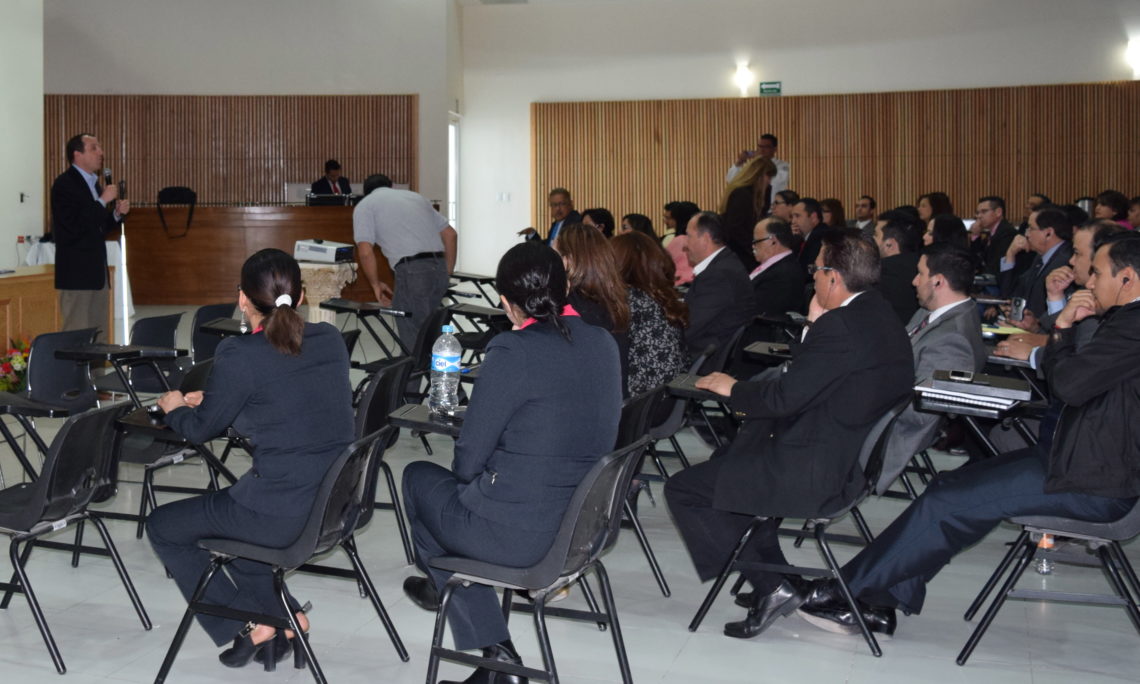 Chihuahua is considered a model state in terms of judicial reform implementation for their early adoption of the accusatory system in Mexico.  As part of their continuous improvement and training efforts, the Supreme Court of Chihuahua, in collaboration with the U.S. Consulate General in Ciudad Juarez, held the Binational Legal Forum on Thursday, March 26.  The Forum had as special guests Michigan Supreme Court Justice Richard Bernstein and Supervisory Assistant at the Federal Public Defenders Office in El Paso, Texas William Maynard.

Through interaction and participation the 80 Chihuahua judges attending focused the discussion on case management, hearings and evaluation of information.  As these are experienced judges, they sent in advance a series of questions that helped craft the session. Justice Bernstein shared his law experience as attorney and judge in an accusatorial system and William Maynard compared the differences and similarities in the systems of both countries.

“The judicial system in Chihuahua has gone a long way, though continuing education is integral for a judge.  I’m pleased to be able to support them in any way I’m able,” said Justice Bernstein.

Justice Richard Bernstein became the first blind justice, elected by voters statewide, to the Michigan Supreme Court in November 2014. With a commitment to justice and fairness, Bernstein began his 8-year term in January 2015.   Prior to being elected to Michigan’s highest court, Justice Bernstein was known as a tireless advocate for disabled rights as an attorney heading the public service division for The Sam Bernstein Law Firm in Farmington Hills, Michigan. Blind since birth, Justice Bernstein graduated from the University of Michigan with honors and earned his juris doctorate from Northwestern University School of Law.   Committed to taking action to help clients who needed him, Justice Bernstein’s cases often set national standards protecting the rights and safety of people with and without disabilities.