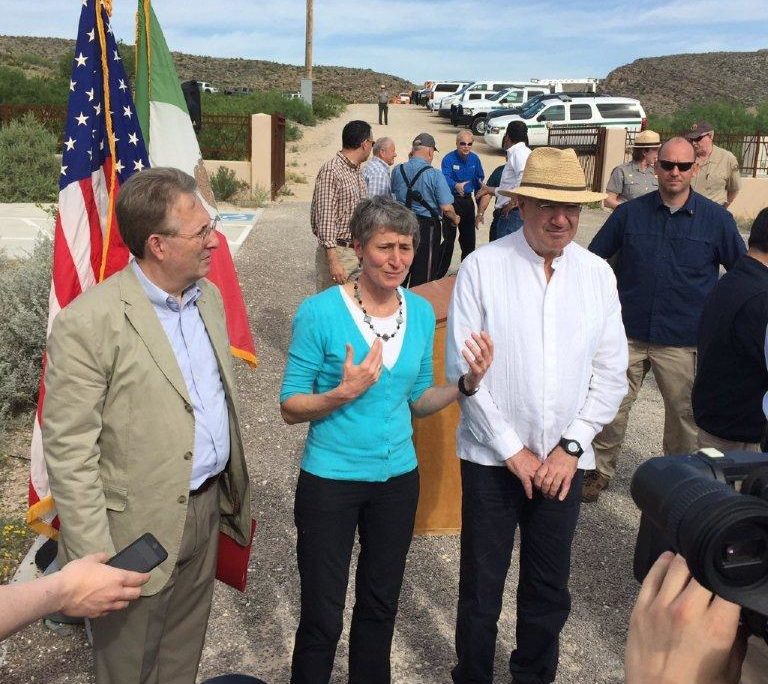 U.S. Secretary of the Interior Sally Jewell today joined Mexican Environment and Natural Resources Secretary Juan José Guerra Abud, U.S. Ambassador to Mexico Anthony Wayne, U.S. Representative Will Hurd, and other local leaders to celebrate the two-year anniversary of the Boquillas Port of Entry as well as the ongoing binational conservation initiatives in the region. The Port of Entry facilitates coordination between the two countries in the protection and preservation of the Big Bend/Río Bravo region – North America’s largest and most diverse desert ecosystem.

Jewell and Guerra in Boquillas, Mexico today also signed a U.S.-Mexico Wildfire Protection Agreement to expand collaboration and cooperation across both countries on fire prevention and suppression efforts. Managing wildland fire is a common occurrence along the border and the two countries have cooperated on wildland fire efforts for decades, most recently through an agreement signed in 1999. The agreement signed today extends and expands those efforts.