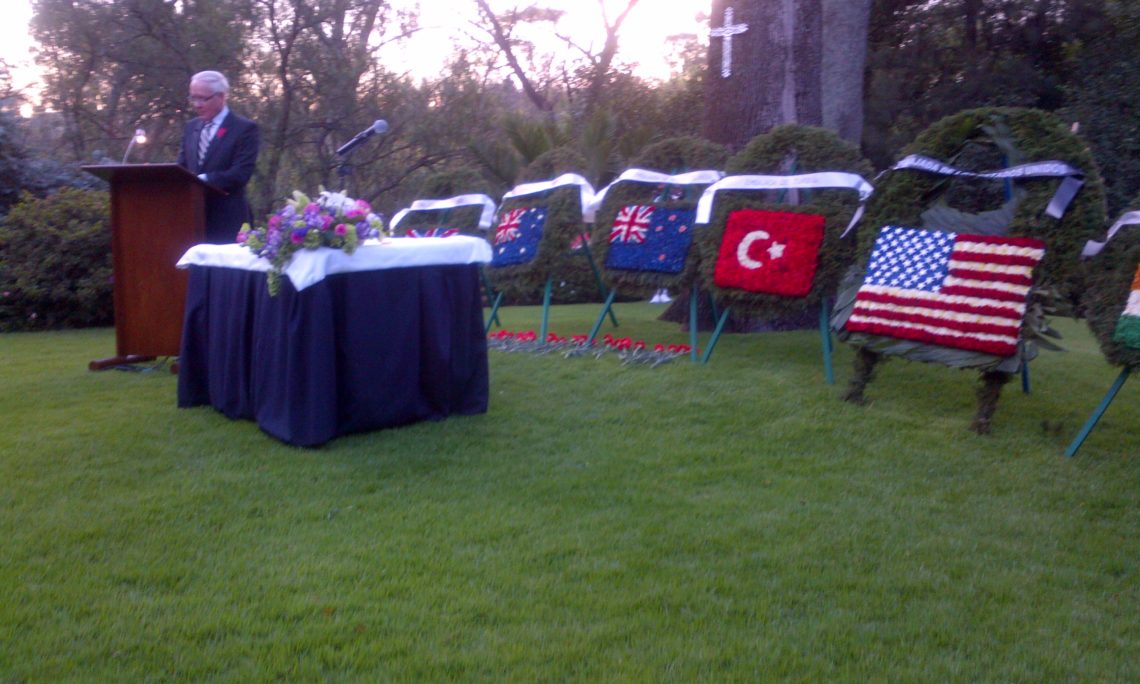 Australian Ambassador to Mexico Tim George hosted a commemoration event at his residence in honor of ANZAC on April 25. ANZAC is a national day of remembrance in Australia and New Zealand that broadly commemorates all Australians and New Zealanders “who served and died in all wars, conflicts, and peacekeeping operations” and “the contribution and suffering of all those who have served.”  The date and time of the event is linked to the battle of Gallipoli in Turkey during WWI. The Australian Ambassador also thanked other countries for their assistance during past conflicts including the United States, Canada, the UK, Turkey and India.  US Ambassador Wayne participated in the event.