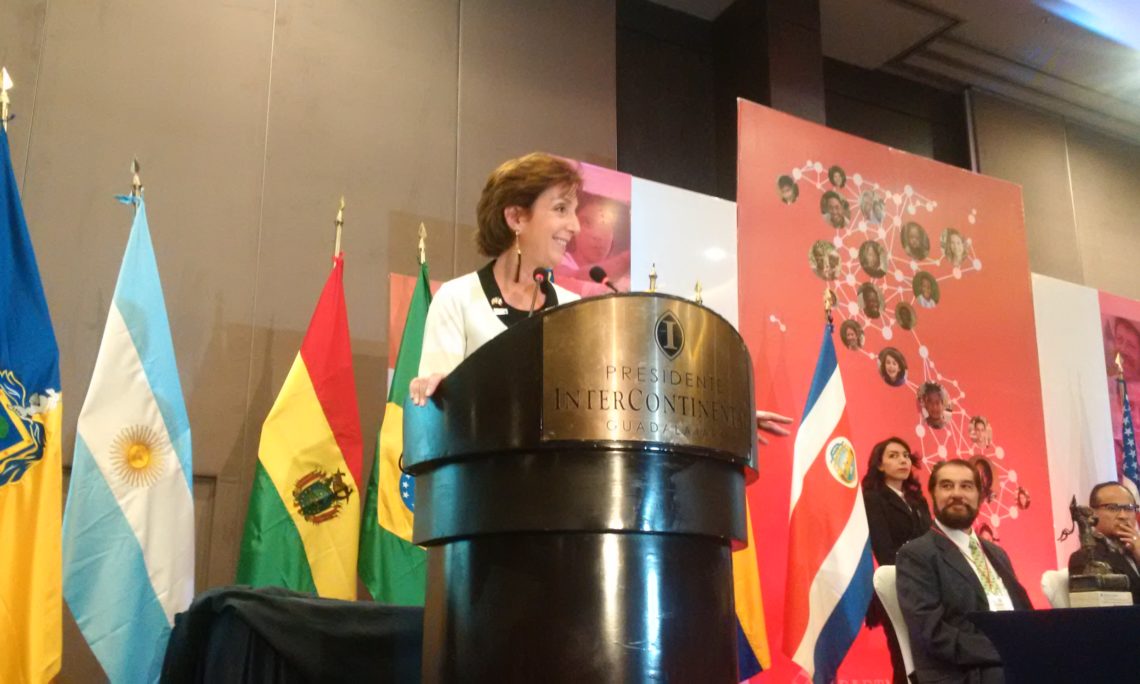 The diverse family of nations in the Americas recognizes democracy is a part of our collective DNA. The Organization of American States (OAS) has for decades provided us a forum to discuss our greatest challenges and take action together to address them.  Particularly since the approval by OAS members of the Inter-American Democratic Charter in 2001, the OAS has responded effectively to challenges which usurped, or sought to usurp, power from democratically-elected governments.  The challenge before us today is the death spiral of democracy in Venezuela.

The Maduro Government has relentlessly and intentionally undermined other Constitutional branches of government from the inside. Since opposition parties won a majority of seats in 2015, Venezuela’s National Assembly has been systematically smothered by the Maduro government.  When the Venezuelan people tried to hold their government accountable by putting Maduro’s leadership to a vote through a recall referendum, the government again hid behind vague, unproven claims of fraud to delay the referendum; and, when it became clear the government would lose, it again engaged in a dialogue that it sabotaged.

Maduro increasingly relies on Venezuela’s military to control the economy, intimidate opponents and suppress popular discontent.  More than 331 Venezuelan civilians are being held and prosecuted by military courts in secret trials.  Venezuela’s own Attorney General, appointed by then-President Hugo Chavez in 2007, has condemned the trials and been refused access to the prisoners.

The Maduro government has had every opportunity to end its march away from democracy.  Last November, in talks overseen by the Vatican, it promised in a joint declaration with the political opposition that it would remain “strictly within the constitutional framework:  one democratic, peaceful and electoral path.”  Remarkably, the regime failed to implement any of its public commitments under the talks and has instead continued to sabotage Venezuela’s democracy.

Faced with a crumbling economy and massive popular dissatisfaction, the Maduro regime is now destroying the last vestiges of the democratic order.  The government has embarked on a constituent assembly to abandon Chavez’ constitution and write a new one in a process that would instantly obliterate the current National Assembly, the Attorney General and other existing institutions, trampling on popular suffrage and other constitutional requirements.

When a government breaks with democracy, we must act in solidarity with its people.  Not through intervention or interference, but with diplomacy and mediation among all parties to help find a peaceful, democratic, and comprehensive solution. We must ask ourselves:  if these things were happening in our own countries, would we not want the rest of our American family of nations to speak out, and reach out, to help restore fundamental democratic freedoms and respect for constitutional institutions? As Foreign Minister Luis Videgaray perfectly put it: “A mí como mexicano no me gustaría que, si de pronto en México hay un atentado tan grave contra la democracia se cancelan elecciones, se desconociera el Poder Legislativo, se encarcelara a los opositores, se utilicen los tribunales militares para enjuiciar a quienes marchan contra el gobierno. Si esto ocurriera en mi país, a mí no me gustaría que la comunidad internacional mostrara indiferencia y adoptara criterios de política exterior que le permitieran estar ausentes del tema.”

The spillover effects from Venezuela’s crisis are serious and growing, whether it is irregular migrant flows to countries in our region or the increasing flows of arms and criminal activity that affect the Caribbean in particular.  The General Assembly of the Organization of American States is the venue for us to unify as a region and act to foster negotiations in Caracas to return to a respect for democracy, end the polarizing violence, and help the Venezuelan people reclaim their democratic rights and their power.  Mexico, the United States and most of our hemisphere stand united in our determination to find a peaceful and democratic outcome to the untenable and unjustified situation in which the Maduro government has placed the Venezuelan people.