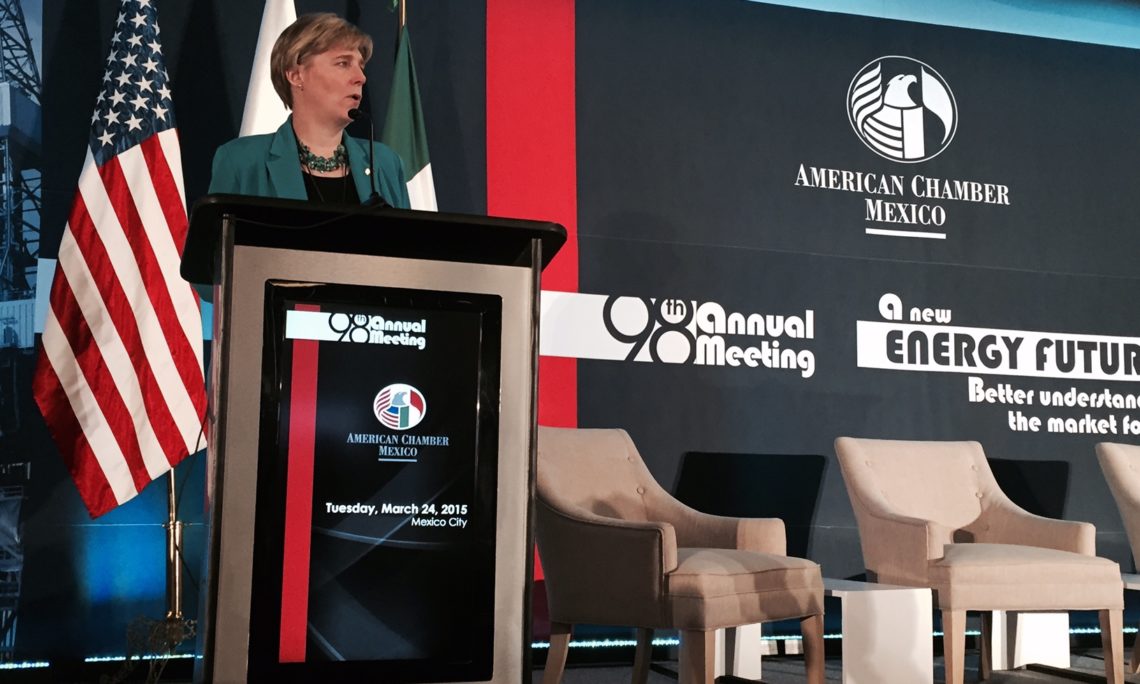 Chargé Laura Dogu attended the American Chamber of Commerce’s (AMCHAM) Annual General Assembly and delivered a keynote address. In her remarks, Chargé Dogu highlighted that the United States is Mexico’s largest trading partner and its largest export market in the world.  Two-way trade between the U.S. and Mexico now stands at over half a trillion dollars annually.  At the same time, business investment in both directions has grown dramatically.  Nearly 20,000 American firms now have operations in Mexico with a foreign direct investment value of $101 billion, and Mexico is now the 15th largest source of foreign direct investment into the United States.

To find out more about AMCHAM and its effort to support U.S.-Mexico trade, visit their website: http://www.amcham.com.mx/#sthash.vmCwAkjf.dpbs