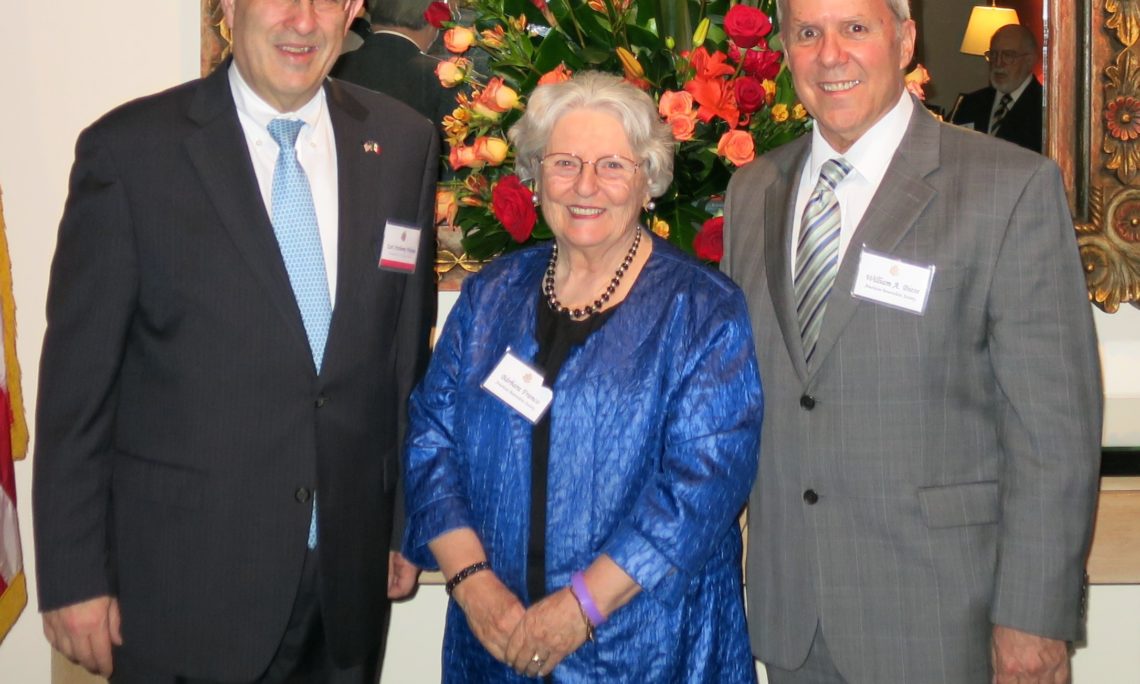 U.S. Ambassador Wayne hosted the American Benevolent Society’s (ABS) annual meeting and Cherry Pie Festival on February 24, 2015. In his remarks, Ambassador Wayne recognized the ABS’ commitment to providing resources to American citizens in need, its promotion of the strong bilateral ties between the U.S. and Mexico, and its advancement of cultural understanding.

The American Benevolent Society is a non-profit organization that has been helping American citizens, Mexicans, and others since its creation in 1868.  In 1886, the group founded the American hospital, which today is the ABC Medical Center.  Today, ABS’s activities include owning and operating the American Cemetery, running Caza Libros (a used book store), promoting social and cultural interchanges with Mexican hosts, and providing direct services to over 2,500 people a year.